After the DfE last week that smashing fellow Scott 'Mr Adoption UK' and I fell out of the building and spying a fine hostelry we partook of a beverage. We mused on the challenges that we faced as parents of young adopted adults. It was good talk.

I don't often speak of my older children, they're all adults now and doing ok, well you know. Like all parents we've had to undergo a transition from being responsible for all aspect of their lives to handing over the reigns of responsibility to our children. It can be a challenge for all concerned.

I'm not so naive as to believe that it was all going to be ok when my older children reached adulthood but I think I perhaps didn't think some stuff through. Maybe it was a kind of short term thinking, striving for the next goal, consolidating then looking to the next. But the goal of adulthood seemed different, once reached there were no more goals or perhaps no more goals that I was intrinsically involved in or invited to participate in.

My adult children are by no means 'vulnerable' but they have their foibles, but in many senses they have to own them as the world out there no longer wants me or MrsC advocating for them, that time has past. Employers are not interested in hearing our explanations, likewise medical professionals or bank officials. To be honest I struggle as well, when I was 18 my parents left me to live my life and if I'd asked for help I'd have got it, but I didn't and they would not have intervened. 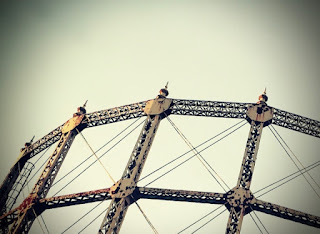 For my children I don't want to intervene but sometimes I have, but it cuts against my grain and I think that is the most surprising feeling that I've had. I want to let my children step into adulthood and make their own way, their own mistakes and their own lives. Like I did. However, I'm not sure that I will be afforded that luxury for some of my children.

I've friends that are a decade or so ahead of us on the adoption road, their children are in their mid thirties and I observe that for some of them the issues still remain though the outworking and contexts have altered as they moved into middle aged. It's not what I expected thought not entirely unexpected.

All parents don't stop worrying and adoptive parents don't have a monopoly on worrying about their children. But, as the parents of children who live in the long term negative impacts of early life experiences we continue to carry our children in ways that are not expected or 'normal' within society.
at July 28, 2016