Adoption growth - I think we need a bigger boat

Yesterday I had a revelation, not unlike Chief Brody in the film Jaws at the realisation of he task that he'd taken on. 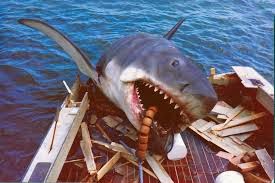 Clearly, I'm making no comparison between having adopted children and killing rouge sharks (That's for another day). But as we sat together to eat our tea last night I had a realisation of the task I'd taken on.
The Big One had returned from London with her boyfriend and one of her friends had come and was staying for tea. So, due to the increase in numbers we ate in the dinning room. The First Middle One took a break from her busy social life and joined us, so that was 10 for tea. Queenie stayed in her boudoir so it was 11 really.
The enormous dinning room table that we'd bought when we moved in the house suddenly seemed small. This was no special occasion, just tea on a Tuesday night, but we were massive & noisy.
Flossy was having a lasagne related rage incident, Lotty was trapped in a bubble of noisy,  shouty ecstasy as the Big One had returned. Peanut was happy, Ginger was nonchalant, the First Middle One was loud and the Big One was playing mum. Boyfriend and friend were fine, they knew what to expect, they'd been before.
I then realised that we were only going to get bigger, more partners, spouses, friends and hangers on. Then children, with 5 daughters, lots of children. We are going to need a bigger boat 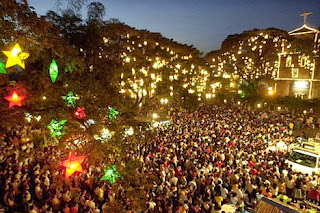 I'd hate you to think it's all bad.

Sometimes my executive lifestyle means I return home late in the evening after a few days away. Most of the children will be asleep and as every parent knows, children are very easy to love when they're asleep. So, I creep into their bedrooms, sit on the edge of their bed and imagine we are the Waltons and I'm the ever patient, ultra wise, uber-dad. I stroke their precious little heads, say a little payer and all is well in Coates Towers.

However, the last time I enacted this lovely moment I received a very different response.

Lotty half opened her eyes and a loving smile beamed from her face as she wrapped her arms around me with a love supreme.

I rocked, I am the man. I am the Daddy. I floated out of her room with a feeling of unsurpassed wellbeing.

Flossy half opened her eyes a look of abject terror flashed across her face whilst she simultaneously  threw a perfectly aimed karate chop at my neck. 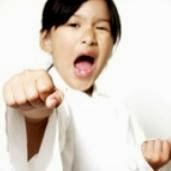 I am used to a certain level of child to parent violence and normally adopt a perpetual state of readiness, however I had not anticipated this reaction and was initially subjugated.

After a minor scuffle, peace was restored.

My intellectual understanding of the hyper vigilance in children has now been developed through learned experience.

I can't help wonder what she dreams of.