The Adoption & Fostering Podcast: Episode 49 An interview with Dr Lucy Peake from Grandparents Plus

This week we speak to Dr Lucy Peake the Chief Executive of Grandparents Plus.

It was a really interesting and thought provoking discussion in relation to the unique and shared challenges that kinship carers and special guardians face. We cover a wide range of issues including some earlier campaignes Lucy worked on in fostering such as Staying Put as well as the significant issue of support of kinship carers and special guardians. The unique challenges that kinship carers face is discussed and the children that that they care for including issues of age, poverty, stigma and the Lack of Lack campaign. 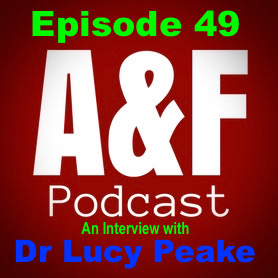 There's a little banter as usuall and the terrible story of the dead cat is shared.
As always thanks for listening and share your comments if you wish.

With the looming shadow of national adoption week I'm tempted to lock myself into my thought bunker, turn the music up and sit it out. The time for me being invited to flag waving events has passed. I must have mentioned the time I attended a David Bellamy plant a tree for adoption event. Now that was a strange afternoon.  I've lived a marvellous life.

So, this week I've been out and about banging the CPV drum, all good stuff very encouraging and in the midst of it I managed to catch the end of the smallest, quietest, invitation only conference ever.
Birth mothers telling their stories of adoption.

I'm constantly caused to extrapolate the experiences of social carer that adopters tell on social media to the parents of the children that they adopted. The battle between the binary, 'adoption is good' narrative and the analog soup of 'there's more to this than you'd first think'  rages on. I could throw my had in with either position depending on a thousand factors.

So, I listened to a visibly shaking young woman recount the story of walking out of court having lost her child and was chilled at the abandonment of what was and remains a vulnerable young woman. Her recounting of feeling shame, fear, loss, isolation and abandonment and withdrawal of support were profound, her weakness was her strength.
Of course, the rational and reasoning me has lots of questions and I could give as many ifs and buts as the next person. I can't deny the truth of what I heard and it shook and worried me.

It's been a few days and I remain shaken and as we glide towards adoption week the tension of a weathered old adopter like me is to hold all of that together and position myself just the right side of worried but not too close to the flag wavers. 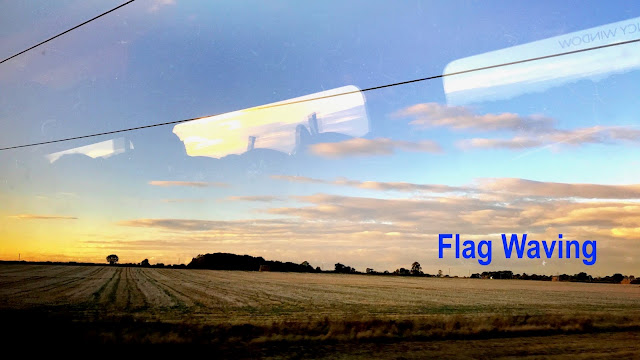 Having faffed around all summer pondering the findings of the #CPVA2018 Survey and I'm convinced that the key issue right now in relation to violent and aggressive behaviour is workforce development.  More than that, I'd go as far as to say the key issue for all aspects of adoption support is workforce development. Systems and structures will take us so far but the knowledge and skill of the social workers that come into our homes is fundamental to support.

To that end I re read the Government's 2016 document Adoption: A Vision For Change as it lays out their vision for the adoption system in 2020 and how they'll achieve it.

Workforce development is mentioned as a key element of that plan but a couple of things jumped off the page. The first being the commitment to:


'develop a robust programme to support social workers to develop or sharpen skills they need in order to make and support robust permanence decisions.'

It's important but it's also clear that the focus of the section and plan remains clearly on adoption pre order.

The document goes on to list 7 specific areas for workforce development of which six refer to pre order skills with only one considering post placement adoption support. That is the stumbling block for me, we can stack adopters high and have a workforce that can rattle them efficiently and skilfully through the process of adoption but if support remains weak then it's often a house built on sand. Where are the ethics of pouring more adopters into a system that isn't looking to the well term welfare of the families that are created? 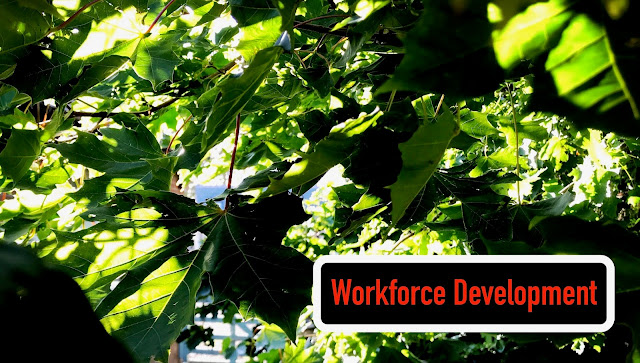 There has been a development of adoption support but that is often specialist external services accessed through para social work organisations and the ASF. For all the issues that adopters (special guardians and foster carers) face the fundamental skills and knowledge of the workforce in relation to educating, advocating and supporting children and parents seems to the the bugbear of many families.  If you want to start a heated debate ask about the knowledge of social care staff.

Of course there are many good social workers and most of ours have been at least good. However, to qualify as a social worker you go through a generic training with no specialism. In the three years of my degree there was one slide in one lecture that mentioned adoption. Yes, I did write that correctly. Social work is a cradle to grave service, there is a clear argument for specialising the workforce in my mind.
Adoption has it's unique issues, adopters are unusual service users and the challenges that brings is for another blog, but the power dynamics and the high level of need of the children are just a few of the challenges.

I'm rambling but my point is that I believe workforce development is a cornerstone of adoption services. I started the blog with the complexity of challenging and violent behaviour that too many children manifest. Children who are simultaneously vulnerable and frightening. We need a workforce who understand the underlying causes, the challenges that children and families face and offer effective support in the first instance of listening, believing, acknowledging and caring. Effective interventions remain illusive but the basic go a long way.

There's more to say, much more and this post feels a little rushed and incomplete but the busyness of life is against me. With this I'm hoping to start a conversation and dare I say ask the Gov what about the plan.

After a much welcome summer break we start with a bang as we interview foster carer Martin Barrow. He is a vocal advocate for fostering and can often be found on Twitter (@MartinBarrow) debating the role, status and future of foster carers and foster care.


In this episode we get right to it and Martin's passion for the subject shines through, we discss with vigour, employment rights, transfering skills, market forces and many issues that face foster carers. We also discuss his experiences of helping children move on to other homes.
We end with a little catch up and some news from both of us, all rather exciting and ponder some upcoming topics that we'd like to discuss.
As always thank you for listening. 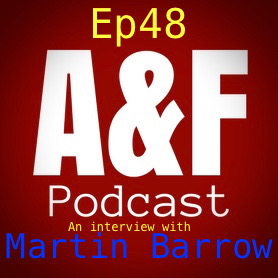 Five years down the tubes and that video clip

The descent into vanilla, I think that's what I should re name my blog, ha ha ha. Actually, I've been thinking about blogging and sharing what seems important to me and the Massive. It's all been kicked off by anniversary of me starting to blog five years ago this month.

I thought I'd write a reflective blog post to mark five years and I'd pick out my favourite post from each year and give it some clickbait title to drive people to my blog. That got dull really quick, there are lots of posts and only a few mean much to me, of course some are a little painful to read and some less so.

However, it all got derailed when I saw a video online of a child being told that they were going to be adopted on their birthday.

Oh, well that just about sums the whole damn think up doesn't it. Those few seconds of video (no, I'm not going to add a link because if you're that bothered you'd find it) scupper just about everything I've ever said ever. Honestly, it made my skin crawl even as I wept with joy. Yes, really.

There's me crafting away under the heavy burden of my self righteous, and self inflicted, cause for five bleedin' years. Trying to change the narrative and share my home spun, down to earth thoughts on contemporary adoption and it's all undone in a 30 second clip. Now,  I could unpick soooooo much about that clip, reinforcement of the 'Annie Narrative', the power dynamics, the voyeurism, the consent, the culture, the this and the that.......... come on, I'm a social worker and could do this all day.

But why even bother, by the time I've finished and put the whole damn thing into words someone else will put up another 'child is told they are going to be adopted' clip and we're right back to the start again. 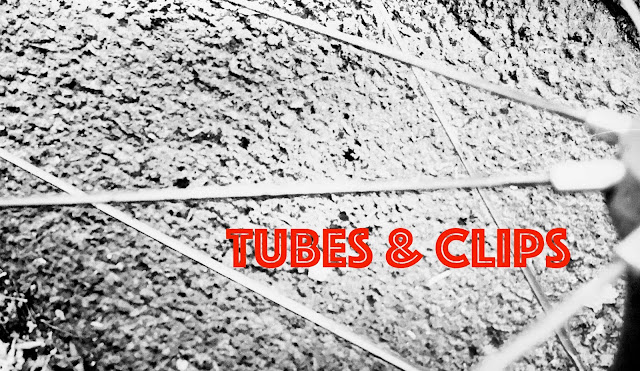 I just wished I'd caught the beautiful and delicate exchange between me an Lotty on video that went like this:

'Why should I do as you say? You're not even my REAL dad!'

With me responding with equal vigour I retorted:

'Tell me something I don't know! I signed the papers'


Not my best moment and unlikely to go viral, though it may feature heavily in parenting classes in the 'Let's think what we can do better' section of the course. It does feel a bit closer to many of our days. In the interests of truth, we still love each other and laughed heartily at each other later on.


Anyway, if you can be bothered I think there was a good post in late 2014, I prefer my early stuff before I became successful :-p

Welcome to Adopters Stories hosted by the Adoption & Fostering Podcast
All adoption stories are unique and all adoption stories represent the coming together of different experiences, motives, hopes and aspirations. They often don’t go to plan and many adoptive parents discover that their lives are taken in directions that they never anticipated. 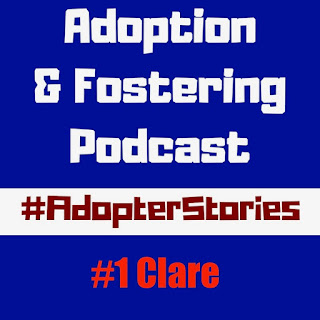 In this, the first Episode, Clare tells her story, with her husband Steve they adopted their son Jake in 2011 when he was 7 and a half years old. 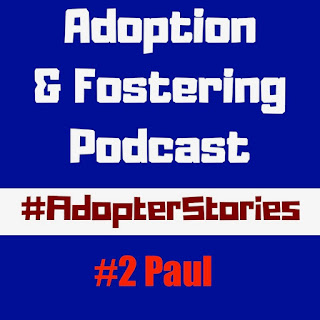 In this episode Paul shares his story of adoption of two boys in 2015 of two boys with his husband.


Of course, there are other voices in adoption and we’re not presuming to speak for them and as we’re based in the UK all the adopters that we speak to have adopted through the UK's statutory adoption system.  If any of the stories in future episodes are different we’ll say.