At the risk of being accused of being curmudgeonly I have to confess that I've been struggling to rustle up the enthusiasm to watch the recent glut of adoption TV programmes. 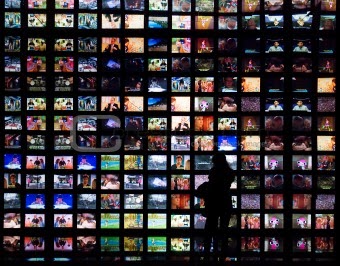 My issue is not with the subject matter as I clearly approve of the concept of adoption for some children and adults it can often meet both parties needs. Though of late I question some of the received wisdom relating to contact issues and feel uncomfortable with the drive to universally reduce adopter approval times.

I could quibble with the programmes but generally find them to be fit for purpose being aimed at an audience with no or limited knowledge of adoption or the process of adoption.
From my perspective I have a good working knowledge of the system, I understand the complexity of the issues and have both professional and personal experience of adoption.

My frustration comes normally not from what is said and shown but what is not said or shown. With issues being either skimmed over or side stepped I find myself saying "but what about the matching panel, what about contact, what about post placement support, what about this what about that".

Consequently, the experience is frustrating.
But I appreciate that my perspective is one of many and to express my version of adoption would perhaps be off-putting or not as helpful or at worst dull watching..

Social media offers a redeeming quality to the experience being able to follow interesting conversation threads. Additionally, it is interesting to observe non adopter perspectives expressed through the relevant #'s.

I am pleased that adoption is being highlighted in the media though I wonder if this is just a reflection of what is in vogue. The government push the issue from a political perspective and any adoption story is  good news, who could object to adoption? But with 8,600 new foster carers needed for the 62,000 children in care there are other issues for vulnerable children. However, these issues are a little more challenging and children and young people in the looked after system are often marginalised, older, less photogenic, with issues around confidentiality more complex harder to make documentaries about.

Now I am sounding curmudgeonly, but if the hat fits?

It is a year ago this week that we went to panel and were approved as adopters and matched with Peanut.

It has been a remarkable year, she has walked into our family and captured all of our hearts. She has transformed us as a family and we can never be the same again, rightly so.

From the very outset of our adoption journey I have been aware that when children come into our family it is not that they join what we are and fit into our lives. More that we are joined together, adults and children,  and we become something new, incorporating both parties.

When the big three joined Mrs C, Queenie and I in 1999 that process was a challenge.

Our transition from prospective adopters, a family unit of adults, to parents was at times painful. We lost freedoms and choices, priorities altered and perspectives shifted. There were immediate difficulties and challenges, there was a slow transition and lessons to be learnt. We initially acted like carers and babysitters and grew into the role as parents.

The Big One, Gracie and Ginger had their own journeys, some quick some slower. Each having to move from being children who were looked after to being daughters and a son.

To join Flossy and Lotty to us was a decision we made as a family. But we had to understand that we could not be the same, with them not just bolted on as an afterthought.

Everything and everyone would have to change.

For one, logistically we would become a big family with all the challenges that would bring.
The youngest, would not be the 'baby' of the family. How we spent our time and money would be impacted by the 'joining' of the little two. We would all need to find a new place in this new family.

Again the transition was gradual, starting as their Foster Family. We became a new incarnation of our family in our hearts and thinking a long time before the courts and legal system caught up. 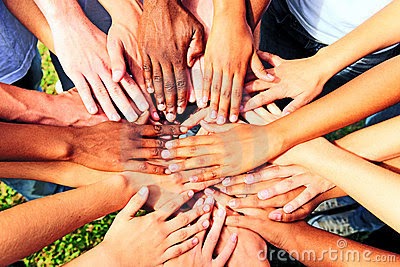 Then the news of Peanuts birth.
We had the luxury/agony of twenty months wait prior to panel and introductions. Yes we're old hands at this but there was no room for complacency.

We all needed to shift again, move to a new position, new role, new challenges. Flossy and Lotty have found it challenging and we have had the additional work of assisting them through this transition.

So, a year on I feel blessed because I am.
Peanut is universally loved and doted on. As a sixth time father I have a perspective on what does and doesn't matter that I wish I'd had as the new adopter. From experience I know which moments,  the cuddles and giggles, should be dwelt on.
With the Big One being nearly 21 I appreciate that these moments pass by only once and they need to be savoured and cultivated.

Over the last 15 years we have evolved as parents and as a family, changing and adapting, and with each addition we have transformed in to a new incarnation, hopefully better than the last.

Though I am cautious to say 'never again', as nobody knows the future,  I assure you we have no more plans for any additions.

Further to my trip I thought I'd put up a few pics to fill in the gaps. 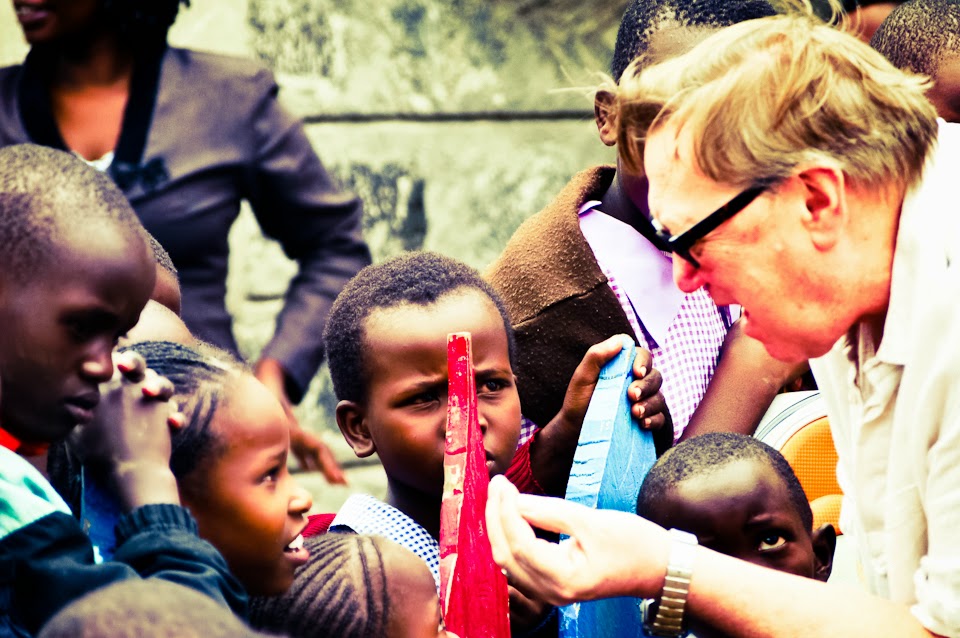 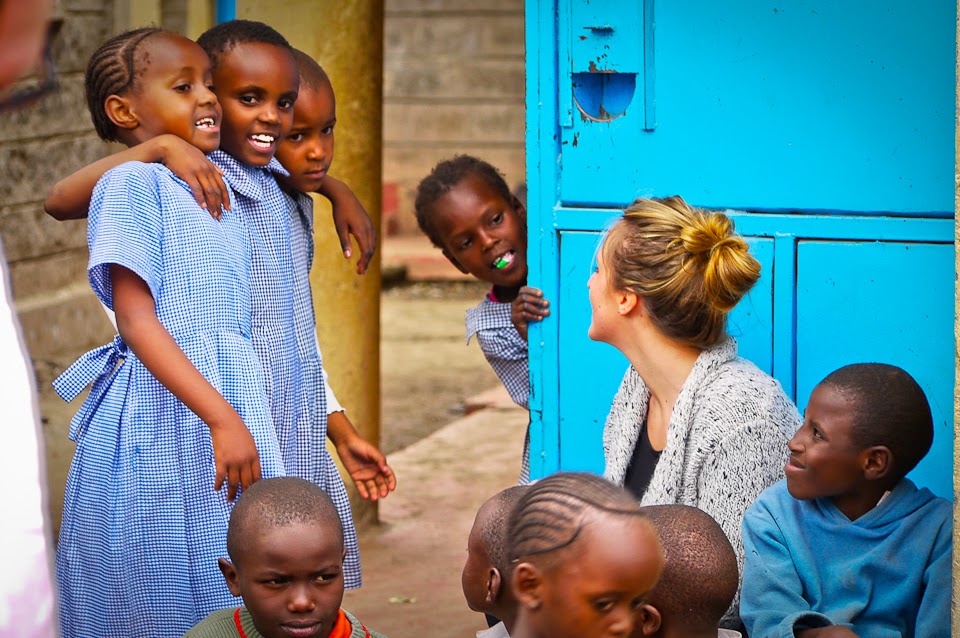 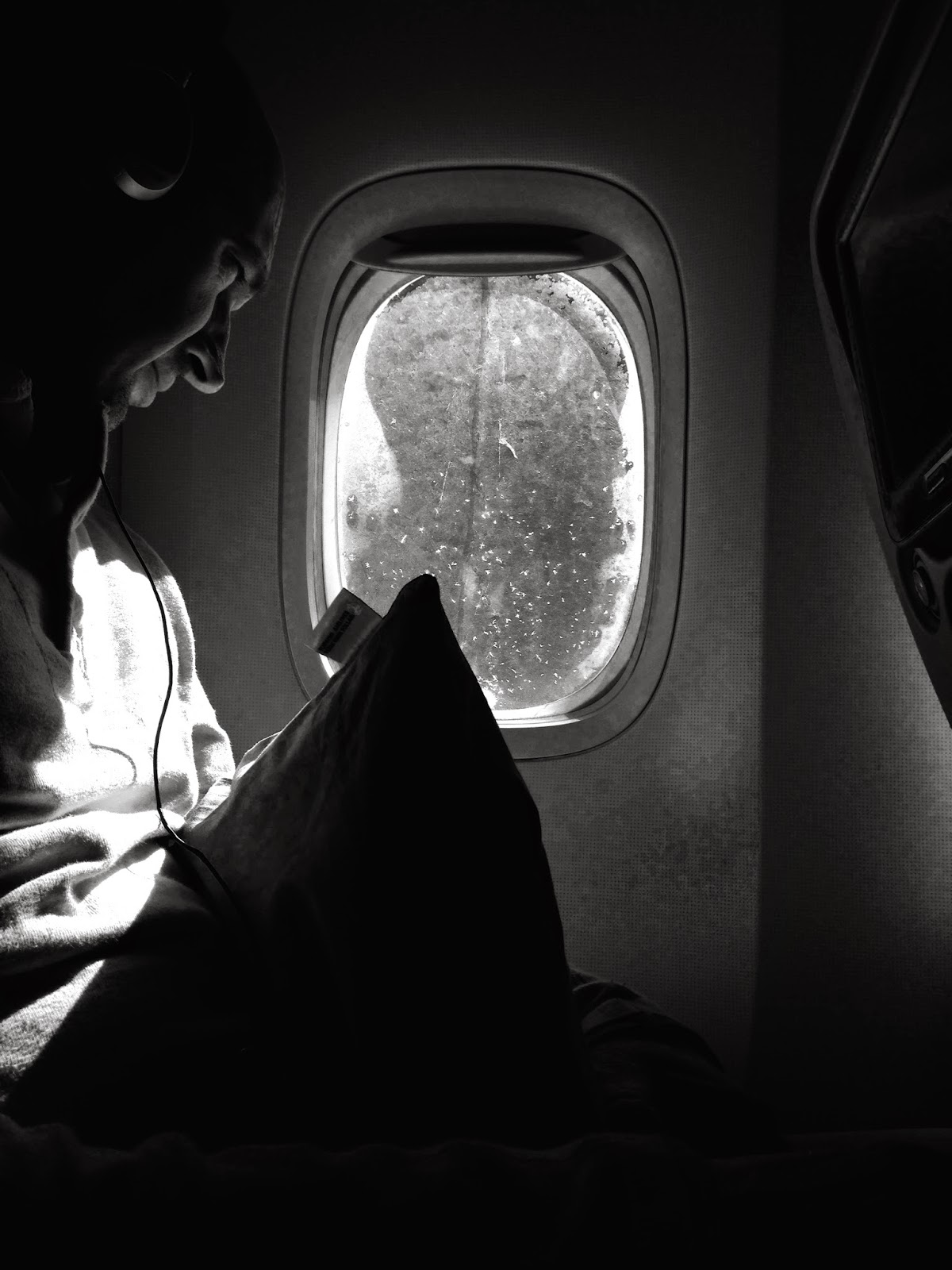 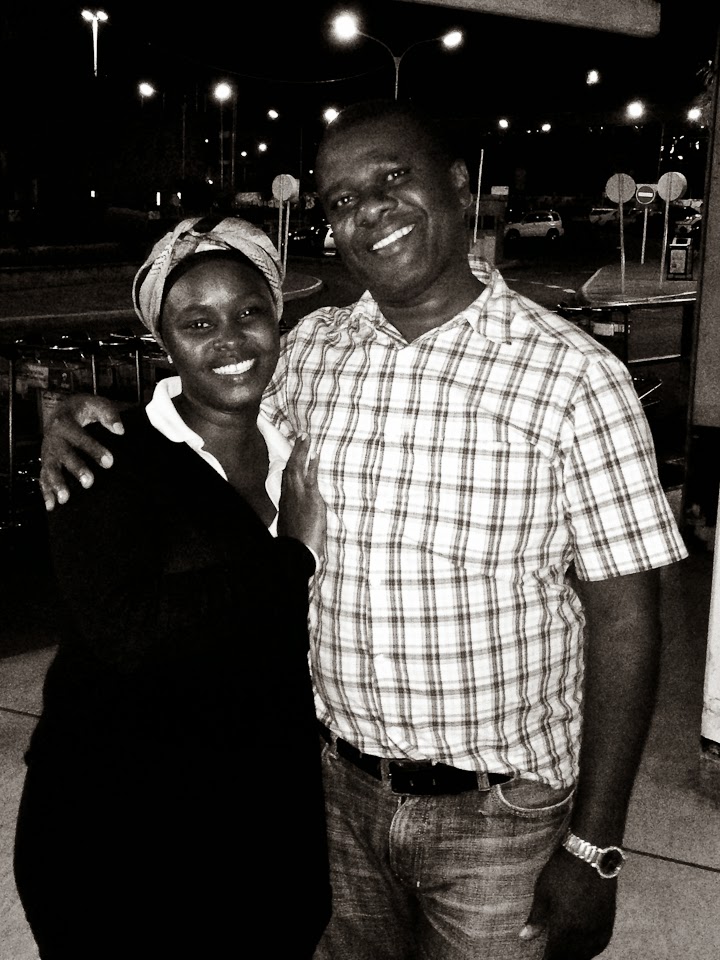 Sammy (ex street boy) and founder with  Milly, his wife

As the blog is clearly about me I thought it appropriate to side step the usual suspects and give some brief thoughts on my little trip to Kenya.

I was honoured to be be invited to travel to Nakuru in the Rift Valley to deliver training to staff at my friend's school and orphanage.

We encountered some challenging situations and stories and on several occasions I had to take myself away for a discrete weep.


Staff described stories of abuse, children suffering multiple bereavements and experiencing trauma un imaginable in a UK context.
I won't bore you with the gory details, needless to say it was a challenge to remain composed in the face of such stories.
However, all was not bad and we did manage to enjoy ourselves, playing cards each night in a truck stop and drinking Tusker beer.
We had bizarre cultural exchanges trying to translate various types of sexual abuse into Swahili. 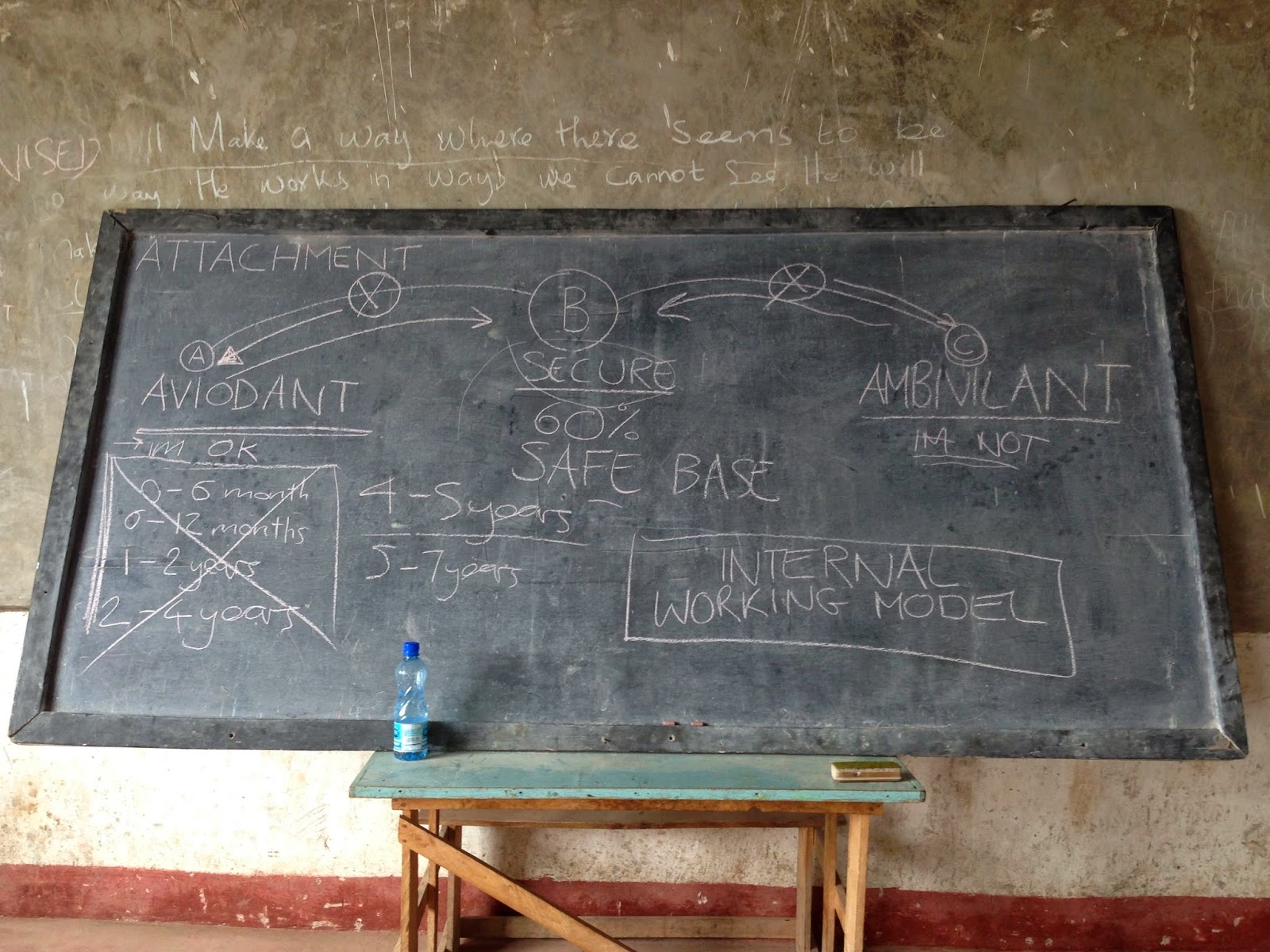 The trip was brief and my companions and I worked hard to ensure that we made good use of our time there.

At the end of one seminar I was asked 'How to help, what do we do for children who have experienced, multiple trauma, loss, separation and abuse?'

There is no easy answer, in the UK the same question would be struggled to answer. Reading Twitter feeds, Facebook and talking to friends we are constantly seeking advice on how to parent our traumatised and brutalised children and access specialist services set against a background of cuts and reduction in services.

So, when confronted with 147 children with heartbreaking stories and no available parents what is the answer?
With child protection and therapeutic services effectively non existent what can be done?
I have to believe that the most basic tools are within all of our grasp.

The most profound and insightful intervention will fail if not built on the foundation of these qualities.

Easy? No certainly not, often the hardest qualities to draw on.

But regardless of where you are they are available. 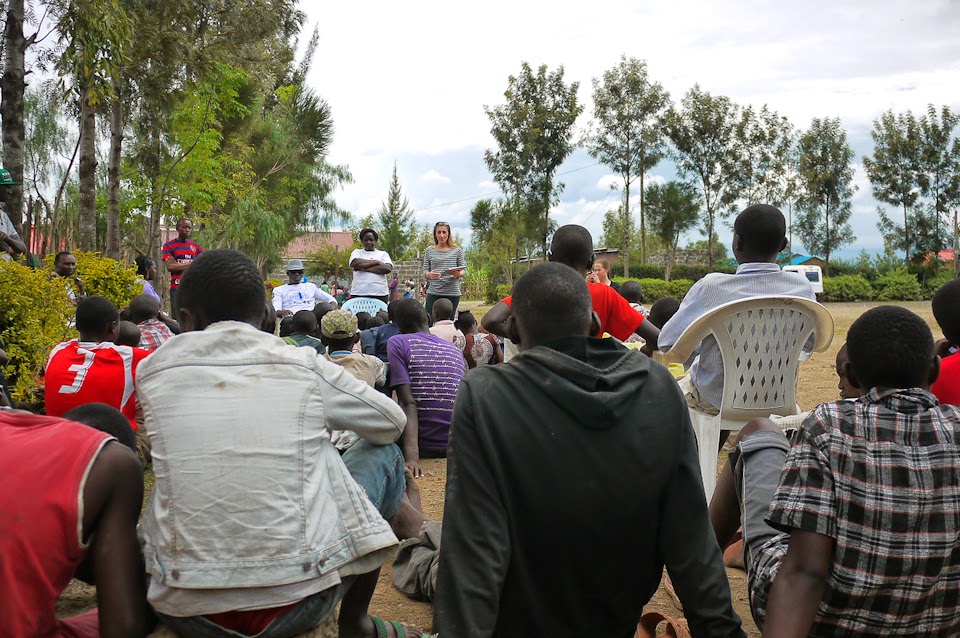