I read a smashing article in the Independent on the need for increased adoption support today. I thought it was a good piece but I found one phrase irksome, adopters were described as "unsung heroes". This coincided with a Tweet I read extolling the virtues of adoptive parents, again claiming exceptional qualities.

Now as Mrs C will no doubt testify I like being praised and generally thought of as a top bloke, but as an adopter, and good grief, an adopter of SIX children I object to being described as an unsung hero.

Now, you may think I'm being churlish, disingenuous even,  fear not Mrs C may be the first to set me straight on this. But, I am a dad first and an adopter second.
I freely acknowledge that because my children were adopted their experiences of life are different from many other children. But all children present challenges and all biological parents enter into it with high hopes and deal with whatever their child brings, be that illness, genius, criminality, priesthood, whatever, whatever, whatever.

So, in almost all respects we are the same. Yes, we have a CPR and a matching report and this and that, but we have no guarantees of anything, good or bad. So, as adoptive parents we just go with it, we cope, we rise to the challenge, we make mistakes and do stupid things, we have good days and bad days and a lot of days in-between, we have quiet words in teacher's ears, we advocate, we laugh and we cry, we go the extra mile and we turn the other cheek.

Having sat on an adoption panel I can testify to meeting many hopeful parents and the excitement and the privilege of being part of that process was an honour. However, I spied no heroes. I saw a variety of people, all shapes, colours, backgrounds, education, faith, but all of them had made the decision to be parents, mums or dads.

They just wanted to be parents.


Calling adopters unsung heroes places them on a pedestal, with unattainable levels of parenting skills and powers. If I were to bring my children before you they would not hesitate in sharing the reality of having me as a dad. Grumpy, self righteous, smart alec and smelly may be words you'd hear. Certainly, Flossy is not backwards in coming forwards with her opinions on my parenting. However, I'm their dad. 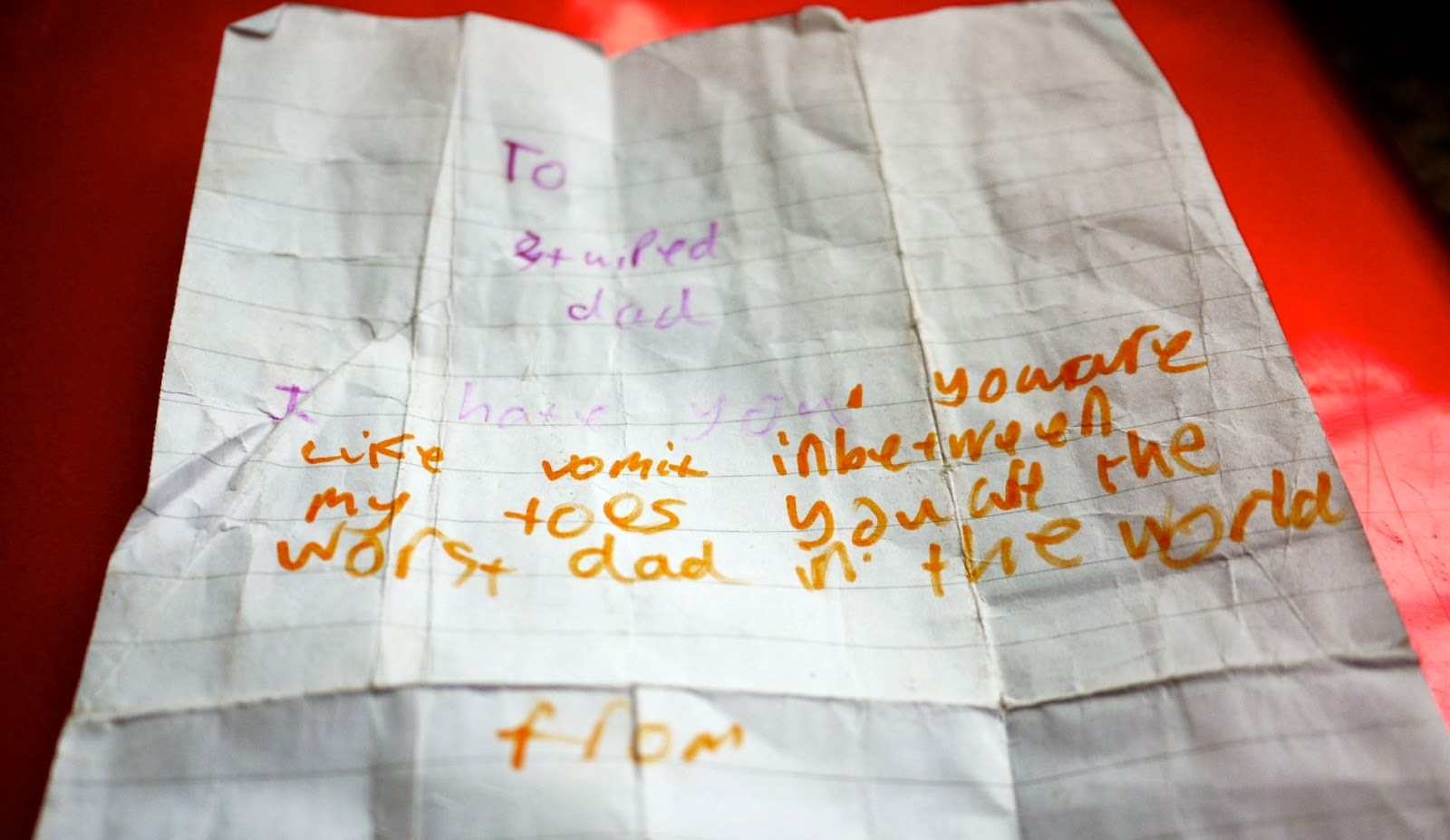 When I meet people I am in a quandary, eventually the conversation gets round to children and the nature of my family means sooner or later the truth will out and they discover I'm a serial adopter. Then they look at me differently, but I'm just a dad, not a modern day Bernardo or anything special.

But, I am playing the hand I was dealt, admittedly, I picked up the cards and have made choices how to play them. But I am dad, just a dad.
The minute I consider myself a hero then I stop being a dad and then all is lost. My children are not a project or a mission. They are my children, not my 'adopted' children.

Now I freely acknowledge that I have a flair for being wrong, so feel free to disagree.
at December 29, 2013 6 comments:

A Christmas week in the life of an adoptive family

Twas the week before Christmas and all through the house not a creature was stirring, not even a mouse.

Monday, Peanut's adoption order was made. Mrs C, Queenie and I had a sneaky glass of Champagne once the wee ones had gone to bed.

Tuesday, Flossy had an anxious moment before school as it was her debut performance in the school panto. Did I say 'anxious moment', I meant to say 'total freakout', demanded I did not come tried to dispose of my ticket, screamed, shouted, sobbed and gave me the evil eye during the performance. I had earlier in the term tried to bribe the school and asked them to not cast her, however they got a bit airy fairy social worky and give her a small part, with a moustache. Oh, that helped her unresolved identity issues. Cheers. Freakout.
Tuesday continued,  Mrs C took Queenie, Lotty and Peanut to the dentist while I had our 13 year old dog, Meg, put down. The "best dog ever" as Mrs C declared as she sobbed. Flossy and Lotty take it well, but who knows what feelings lurk inside. Consequently, I was late in getting Flossy to the evening panto performance. That helps.

Tuesday, the revenge, we found out that Gracie was likely to move out. Blessed relief, we acknowledge we can do no more. You can lead a horse to water but a pencil must be led (to quote Stan Laurel).

Wednesday, I sign the contract for my new job, gulp, I'm starting to feel like a proper Social Worker now. Uncle Dick returns from the dark continent after 18 month expedition, he's got, and I quote "a touch of Malaria', Mrs C slightly concerned she may catch it! Flossy and Lotty go to the big city panto, they don't come home til 5:30. Result! We could get used to that.

Thursday, despite liking our Adoption Social Worker we shed no tears as we say goodbye to her involvement. One Social Worker down, one to go.
Flossy takes umbrage at having to go to the shrink "again", she questions how long must this go on for. Subsequently, has the best session 'ever' and then kicks off at home. People wonder why I'm confused.

Friday, Gracie is offered an accommodation placement. Hey ho the wheels begin to turn and nothing can stop it now. She's going.
Flossy and Lotty comes out of school like banshies, apparently "NOTHING" has happened at school today. Hey ho, using all my social work powers; mediation, persuasion, distraction and threat the situation was brought from the brink and we can get on with Christmas. Which, as we all know is a total cakewalk for children with developmental trauma issues. 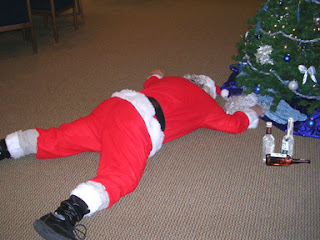 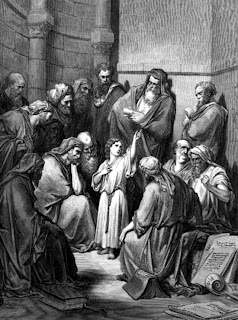