Whilst much is said and printed about the real concerns for those moving from year 6 to year 7 this summer and how this transition is often fraught with real concerns, I have seen little for what now seems to me to be the bigger transition of year 11 into….. ….

Well it could be 6th form, college, apprenticeship, work or any number of different areas. For some children, particularly those who have experienced loss and trauma in their lives, this is a transition that eclipses those that went before. Such previous transitions may have seen the onset of adolescence and all that contains or different schools, different home bases, and different families. With the best will in the world adopters, kinship carers and foster carers alongside those working in Children’s Residential homes apply themselves to try to keep some level of ‘norm’ in place as the basis of security and regulation for these children and young people. This is often not for the faint-hearted and at times can lead to despair and exhaustion. During these periods we ‘adults’ may look forward to the day when it’s over, when year 11 completes and the exam stress goes back into its box.

Progression into adulthood is the next step, what this means and how this transition occurs can bring a range of fears leading to levels of dysregulation that are unexpected. For those children whose basis of functioning with their peers is established in routine this is a time of immense restructuring. But the basis from which to build can in itself lead to high levels of confusion and complexity. For Charlie (pseudonym) this was the biggest unexpected reality check. Suddenly the exams were over, and whilst the end date was known, the realisation of what this meant arrived unexpectedly from that anticipated, not the freedom everyone talked about but the arrival of a deep sense of insecurity.

Having spent 11 years in school, loving it or hating it, he had known where he would be Monday to Friday and when the holidays were, many months in advance. He had known via his timetable from year 7 what class he would be in on what day and at what time, which room and which teacher would be present. Prior to year 7 he had known throughout Nursery to end of year 6 who his teacher would be for the whole academic year and who the support staff were.  He had known when his break times and lunchtimes would be and what time he would go home. He knew which after school activities he would attend and how many weeks he would attend them. He knew the adults in his school, and whilst he may not have liked all of the staff he knew who they were and they knew who he was- irrespective of how this relationship existed it was familiar and known. He knew the children and later the teens in his school, who he was friends with and could feel comfortable alongside, who he was a casual acquaintance of and who peers were even if he never really hung out with them or avoiding doing so- he could recognise them as attending the same school as him- again familiar and known. For children and young people like Charlie the familiar and known is essential for the foundations of security. Then he sat the last exam, and suddenly as he left the school premises it was gone- all of that familiar and known. His Monday to Friday structure was removed, he wouldn’t see very many of those peers ever again, those adults he knew were gone from his weekly life and the question remained- what do you want to do, who do you want to be? Which led to the real concern he voiced about ‘I don’t feel like me’ he couldn’t explain it- he didn’t know if it was physical or emotional he just didn’t feel like ‘him’ anymore and this caused real anxiety and stress for Charlie.

For a child who was unable to enjoy  ‘free choice’ for all of his life so date;  much preferring and well capable of operating within a structured environment- the structure had been removed, his world may have opened up but with this it opened up into huge blank canvases. 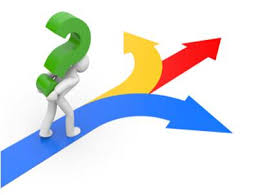 Yet we live in a world that expects them to make these life trajectory decisions at a time of immense confusion and anxiety. Charlie is waiting for his GCSE results to see what is open to him as a healthy alternative to making rash decisions that take him down roads he really doesn’t want to be on, out of a need to perform as expected by Connexions (the careers advisory provision) or performativity requirements. He won’t be a NEET as he has already secured part-time work for the holidays, but perhaps its time to rethink what we expect of our Youth.

On leaving school I wanted to be a car mechanic, I then moved into office work and then into being a trainee insurance assessor before moving again into Nursing- this was all between the age of 16-18. I was lucky my parents were happy ‘to go with the flow’ and my exam results allowed me the freedom to choose and reinvent. But what of those young people who do not have such choices? How many ‘Adults’ are still in the same career trajectory as the one they chose at 14, or thought they wanted at 14 by the time they are 25 or 30? Many mature students are those adults who went down career paths chosen at a young age and by the time realisation happened that this wasn’t what they wanted to do with the rest of their lives they weren’t able to turn back; so carried on for a while before leaving the path altogether to start again.

For young people like Charlie we need to move away from pressurising them into making life impacting decisions at a time when their world is changing so dramatically. If young people do know who they want to be then we should support their choices even if they may not be the ones we would choose for them, for those who do not know we need to provide space to enable them to think through their options and allow them time to consider what is available. For some, like Charlie, and any other child whose education has been disrupted or those with SEN who may or may not gain the predetermined requirement of GCSE ‘C' and above in English and Maths; pushing career choices on them that depend don a target number of GCSEs increases the anxiety and stress they themselves are under both pre and post exam.

For me the greatest gift I can give my child is the freedom to choose and the space to ‘be’ so that they can ‘feel like me’ before they set off down new roads and all the new ventures this may include.
at July 26, 2016