This week a book came through the post 'The Adopters Handbook on Therapy' and the DfE published the 'Post adoption support interventions: independent evidence review'. Both very helpful and giving excellent summaries of a range of therapies and their benefits.

It made me think when I go to the garage I often do an impression of the thing that is wrong with the car. I make ticking noises and give flamboyant demonstrations of the difficulties that the car's happening, it's all a bit Fawlty Dad. The nice mechanic smiles, looks impressed and nods as though he understands. Very politely he then tells me they'll have a look. He clearly thinks I'm an idiot but he is professional and I trust him. I wouldn't dare to presume that I can actually tell whats wrong with my car or even worse how to fix it, what tools to use and what part is needed.  I kind of feel this way about psychologists too.

Reading Twitter and Facebook feeds as well as talking to adoptive parents I hear all kinds of stuff from adopters when talking about therapy for their children dangerous crazy stuff to desperate cries for help. I worry when advice is give about what therapy will fix this or when recommendations are offered based on a friend who did Theraplay or whatever. I worry that the choice component of the ASF has led to amateurs like me thinking they know what therapy their child needs. Of course I know things aren't right but that doesn't qualify me to say how to fix it. I know enough that the wrong therapy is can be more harmful that no therapy.* 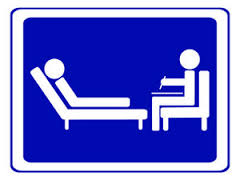 We've kind of been round the block in many regards but we've been fortunate to access several therapeutic interventions over the years and the main thing is that I've realised that they don't work. Of course what I mean is that they don't usually produce the result that I'm necessarily looking for. The process and outcome is much more nuanced than that and linked to all kinds of other stuff, family systems, parenting models, my own hang ups, etc..

But I've been desperate and I'd have done everything and accepted any therapy in the early days. I discovered I knew nothing about therapy. The 'fixes' were not 'quick' and quantum changes in behaviour were not on offer. Nuanced and incremental changes were on offer as was the development of my knowledge of the inner workings, self image and identity of my child. Problems eased rather than resolved and we learnt how to dodge bullets and sidestep the fiery darts that continued to be aimed at us. It's made us look at ourselves and acknowledge when we are part of the problem and helped us shift to being part of the solution.

Perhaps the most significant part is for us was someone who listened to us, believed us and confirmed and acknowledged our thoughts and concerns. A pretty basic but much under valued need and something that enabled us to keep going at tough times.

Of course others have different experiences and I'm happy to acknowledge that but I know enough that the impacts of trauma are long term and there are no magic fixes.


*For example the NICE guidelines on Children's Attachment note that:


'although use of creative and non-directive therapies is popular with this population, there is no evidence for the efficacy of any form of individual therapy done with primary aged children in terms of addressing attachment difficulties'