It's a year since we moved and as we slide into the summer holidays the Good MrsC and I have been pondering that decision and the year we've had.

We regained control of our environment, reducing some of the physical challenges and threats that appeared to be encroaching on us. Of course there's lots of factors around that but the primary issue is summarised in a meme I saw recently-


'Being safe is not the same as feeling safe'

The perception of safety and misguided or unhelpful reactions and strategies to manage this feeling that my children manifest was becoming harder to manage and live with. It reached a point where we realised to give us a few more years grace we needed to move. That and a few other factors helped us make that decision.

Our old house was fantastic, and safe, but we felt that perception of being safe was eroding in the mind of one of my children.

But, we all feel safe here in our new house.

I feel safe, if any of my children 'run' then they'll not get too far.  I didn't have to pretend to walk the dog, hide in bushes and inconspicuously follow her round the neighbourhood.

She has run. I didn't have to chase, as I knew the raaaah would have blown over before she got to the end of the track and she would return.  I could see her sobbing, telling a horse what a pig I was. She returned when it got dark and she was hungry and felt less raaaah. 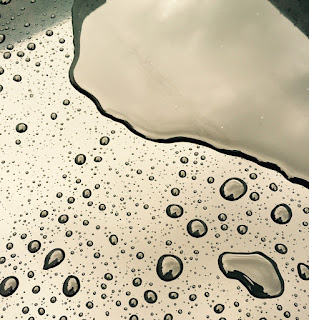 Flossy feels safe in our new house, we have no passing cars, no 'strange children' playing in the street. The fact that most people get lost finding us makes us feel hidden. It's predictable, sleepy, slow and feels safe.  A few months after the move she announced 'I love our new house'

The reality for some of our children is that feeling safe is a scare commodity, negative experiences are hard wired to growing brains to communicate a constant lack of safety. Hyper vigilance is frequent and consuming it precipitates conflict, anxiety, tension and a need to control. All understandable reactions and reactions I display when I feel unsafe and threatened.

Knowing this forced the move and MrsC says it saved us. Of course there are other challenges but we aspire to keep one step ahead all the way.

I loved my old house, I make detours to not pass it as I still feel sad at the loss but ultimately it's bricks and mortar. Like all parents we do what we have to do.