I was prepping for a thing I am doing this week and was considering the influence of shame and came across some thought provoking quotes*.

Shame: a painful feeling of humiliation or distress caused by the consciousness of wrong or foolish behaviour.

‘The difference between guilt and shame is very clear—in theory. We feel guilty for what we do. We feel shame for what we are.’ - LEWIS B. SMEDES, Shame and Grace

Shame in our house is an easy target to hit for some of our children, in fact the real trick is not hitting it for them.

‘Don’t do that, don’t do this, why have you put that there, why did you say that, where have you been, what are you doing?’ Regardless of the intonation or innocence of the questioner these words, like arrows, score direct hits on feelings of shame. Understandably this precipitates a reaction, pushing back and fighting. It’s a well worn path that we often try to avoid but seem to find ourselves travelling.

Appropriate parenting uses tiny drops of shame to moderate behaviour with immediate restoration. Though I confess that Peanut seems impervious to this approach after cutting a chunk of hair off her head this weekend she was given an appropriate stern talking too. She was then given the love, restored to the fold and all was well, though her hair was hacked it was redeemable. Peanut then slinked off and and removed 50% of her fringe to the hairline giving herself a semi mullet. Mrs C, an ex hairdresser, was mortified/devastated, I suggested that Peanut is to only be allowed out of the house in a balaclava for the next six months while it grows out. 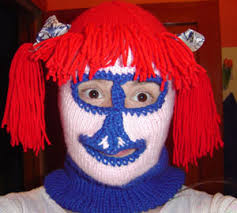 Peanut though without remorse or shame noted in her defence ‘it’s dad’s fault, he says I look like Dora the Explorer, so now I don’t’. In my defence I wasn’t in the house. The more astute will be wondering how a three year old got her hands on a pair of razor sharp professional hairdressing scissor not once but twice. As the qualified Health and Safety Officer/Social Worker of the home I’d like to claim ignorance.

In light of the stuff I’d read and pondered on shame I started to think about the ‘why’ questions that I hear myself ask Flossy.

Each 'why' seems like an accusation directed to the core of her being and punch straight into that shame.
‘You are bad’ is what is being heard. Frequently we are mopping up the aftermath of overwhelming shame. Teachers, friends, wider family members passers by in the street set it off and we mop it up.
I’d never given it much thought as to why ‘why’ questions don’t work. Maybe this is part of the answer.
Oh, and we compromised and found a headband for Peanut.