The Adoption Social’s request of for thoughts on BAAF’s demise made me think on my own experience and reflections of the of the organisation. Having read the excellent blog by Amanda Boorman I felt compelled to put fingers to keyboard. It’s my views and perspectives on one part of the story and one role of BAAF. If you object then comment, tell me I’m wrong. I reserve the right to change my opinion in light of a better one, the facts or a whim.

Without fail everyone I spoke to in relation to BAAF’s demise exclaimed surprise with open mouth. ‘BAAF have closed!?, how, why, what?’

Thinking back to my journey into adoption it took me a while to realise that the British Association for Adoption and Fostering (BAAF) wasn’t the official body for the oversight of adoption and fostering. Actually, it took me a few years before this penny dropped.
That’s how they seemed to be positioned. As an adopter and foster carer I was trained with BAAF resources, assessed several times using BAAF standard forms through local authority adoption and fostering services built on the foundations of BAAF guidance. All the professionals involved referred to the BAAF guidance and advice on every aspect of the process. BAAF training is considered to be the gold standard in relation to knowledge and practice for adoption.* The bookshelves in local authority departments are universally stocked with best BAAF practice guides and publications on a myriad of issues and topics relating to adoption.
Moving into my Social Work career in fostering I see the same applies. BAAF assessments models are the standard to work to and their guidance and training is taken as definitive and treat like law. Got a question? Then go to the BAAF book.
If BAAF says its ok, then it is ok.
Why would I not think that they were not they ‘official’ body for adoption and fostering but they’re not.

I've had little personal contact, as an adopter,  with BAAF other than a rather snooty rebuttal when I offered to help my local office with any publicity for National Adoption Week. I was on the telly every week for 6 weeks navigating the adoption process. As it was watched by up to 4 million viewers each week I thought that Mrs C and I could help the local campaign. I was made quite clear we could not.

The ins and out of why they have come to an end is way above me and I have no inside information as to its demise other than what has been published. My heart goes out to the redundant staff as they face challenging days ahead compounded by the apparent suddenness of the news. 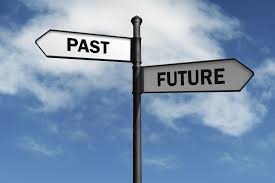 So, what does all of this mean for professionals, adopters and adoptees?
Adoption is in a time of change. The historical model of the 1950’s, 60’s and 70’s is behind us, though sometimes it seems that it lives on in some heart and minds. Challenges to adopters and adoption that were once unusual are now standard. Adopters are an increasingly militant group not just accepting what we’re given, pushing back a bit asking why. Also, government are not sitting back and letting adoption tick along and increasingly they are making significant policy decision that impact on adopters and adoptees, perhaps not needing to refer to BAAF for approval.

Was BAAF a product of its time unable to keep up in a changing landscape? A behemoth of adoption that no longer reflected the dynamic needs of the professional and amateur adoption community? I don't know.

Who will fill this position, the definitive voice of adoption & fostering? More to the point do we want it filled?

*Though I have to say prohibitively expensive training.
at August 10, 2015