Words are interesting and powerful, words matter, they get us into trouble and out of trouble. I've been pondering one word for months and years. It's the word:

Before I go any further this is all about me, not you, so if you read this and think I'm having a dig at you then you've well and truly got the wrong end of the stick. If you think it's about an organisation, and there are a couple that use the word, you're missing my point because I hold no ill will or bear any animosity at all. This is about how I feel. Me.

I've tried to verbalise my feelings on several occasions with different people failed dismally and come away from the conversation feeling like a pedant* or a lilly livered liberal, I mean it's only a name for heaven's sake.

I support and participate in the work that many of the 'champions' are doing, advocating for adopters and adoptees. The promotion of awareness of the reality of adoption and chipping away down the constant disneyfication of adoption in popular perceptions and media. In that regard I'm all in. It's just that word.

I've talked to adoption 'Champions' who embrace the name and that's fine I don't want to project or transfer my unease.

Today, it finally came to me as I sat on the train. 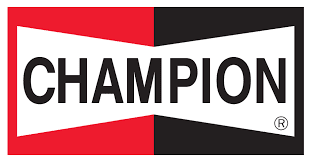 Champion is an overwhelmingly positive term and to link it to social construction that at it's heart is born from catastrophic loss is the crux of my unease. I just can't reconcile the two.

*The good MrsC will read this and say 'you're just being an colossal arse' and she might have a fair point.
at July 21, 2016