It  arrived, without announcement or fanfare. The brooding sense that all was not well, a simmering that threatened to boil over at any given moment.

Of course there's a lot going on, there always is.

The good MrsC and I escorted her to visit her proposed school. Her eyes scanned every room, corridor, face, teacher and pupil she encountered. The resident Social Worker was good, putting Flossy at ease but making it clear what was expected of her. Some of it went in but she was scanning the children she could see through the window, all of her energy thought and concentration was focused on this danger. A stereotype of hyper vigilance. She liked the school though, lots of sport, thank goodness she liked it. Nothing bad happened.

Then we had two football matches for Flossy on consecutive days. The Cup Final and an exhibition match. A lose and a draw. She took it well, I think. The coach announced his retirement, she didn't take that well, a desperate sadness fell that tapped into all that sadness.

Then came the brooding and simmering. I stood in the gap, the personification of the nerves, frustration, sadness and all that sadness. 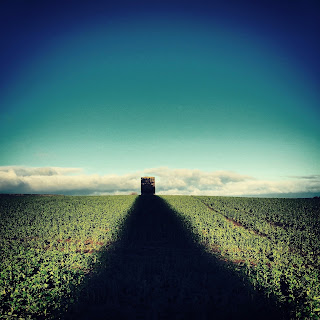 MrsC said 'There's a lot going on for her at the moment'.

I said 'There's always a lot going on.', my non therapeutic self not really interested in 'excuses'. Nobody has a normal day in a normal week around here. We never unravelled or dysregulated, just simmered, low level stuff, knit picking, name calling under breath, door slamming, a little bit of verbal, enough attitude to know there was attitude but not enough to kick off.

Then it left, it slid away like it arrived. Unresolved and not addressed but gone for now.
at May 05, 2016