Smile for the camera

Back in 2007 there were a few weeks were I was quite undecided about whether we could or should put ourselves forward to be Flossy and Lotty's adoptive mam and dad.
It was murky time with emotions running high amidst two hours feeds for Lotty, 5am wake ups from Flossy, 7 to 4:30 work hours and daily contacts. There was a consensus from the big three, Queenie and the Good MrsC that we should adopt but I was nervous for a myriad of reasons.

With no certain decision for them the plan for the girls marched on and photo's were needed for Be My Parent that well known but now gone adoption publication. MrsC volunteered my photographic services and I was instructed to take some appropriate pictures to send to the publishers. So, on a sunny evening I tried to catch all that I knew and had grown to love in a photograph. I'm a fiercely average photographer but what a task trying get a worthy picture of this manic 7 month old and a feisty 19 month old.

I felt sick, their lives boiled down to whether I could take a good photograph. Bribery, persuasion, trickery, distraction and all manner of subterfuge failed dismally. After 30 minutes and without anything that I felt was worthy of them I gave up. I couldn't bear the thought of their faces on some publication like shoes in a catalogue. We called the Local Authority and told them we'd adopt them.
That decided that and the rest is history.

Occasionally I see photo's linked to children in various places, Placement Link, Children Who Wait, the usual places. There was all that who ha last adoption week about the child in the newspaper. Can it be justified? do the means justify the ends. I'm a pragmatic by nature and training but I remain on the fence. However, I do wonder about the fall out of your status and identity being displayed for thousands to see. With complex issues of identity and self frequently present are we adding another trauma or layer of complexity to adoptees and foster children? But should adopters make decisions wholly based on written information alone or is the essential spark of love required that a photo can ignite needed? Or can a photo blind the mind to the hard facts as laid out in profiles? a honey trap? Is it better to remain in foster care and protect your image than to advertise and be adopted. 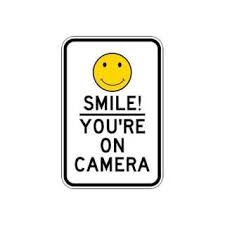 Photo's often tell more than words can ever say. Today I came across such a photo with the headline underneath 'Could you be Sonny's forever parent?'. That's why I'm writing today because it made me feel sick, like it does most times I see them.
That's me, my sickness is about Flossy and Lotty on that sunny evening.
I still have the photo's I took and come across them from time to time I still feel sick. I see in those photo's the difficulties that we all faced at that time and recall the choices we made.