How not to talk to your children about adoption.

So, imagine the scene. Four of the massive and me in the car on a sunny morning on an unusually calm day. Ginger, Flossy, Lotty and Peanut, 18, 11, 10 and 4 years old respectively, all on our standard trip to school. Unusually this morning it does not resemble an out take of the chariot scene from Ben Hur, something more sinister is afoot. 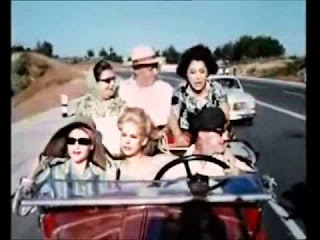 Me: Hey guys, you know Eva?

Me: You know how she's been waiting for children, well she's been matched and they're coming in a few weeks.

Flossy: That's good. Can she not have babies?

Me: (knowing she knows) Well, yes but she's decided to adopt to make a family. Like your mam and me.

Me: (Thinks) Erm, I guess, like us, that she felt that it's something that she wanted to do, a positive choice.

Me: Erm (Thinks) Erm (Thinks..............inspired by a sports analogy) You know when you pick players for football and some people are always the last to get picked?

(In this moments pause I've had the opportunity to think through this analogy and realised that I've just given the worst and psychologically damaging analogy ever spoken to a child. So faced with the choice of driving the car into a ditch as the ultimate distraction or ploughing on with this stupid analogy I choose to plough on)


Time Stops. I appear to have undermined every positive thing that I have ever said to them up to this point.


Out of my mouth comes a series of words and phrases, back peddling and squirming. I desperately try to turn what is a doomed analogy around. I'm failing I talk about liking the rubbish players (!!!!!) I'm drowning.
Blessedly, we pull up at school and I mutter something to Ginger about bad analogies. He appears to be throughly disinterested almost pitying my stupidity, he may not have even heard any of it. Peanut is oblivious, Flossy runs ahead to see friends and Lotty is throughly convinced that she's marvellous so is impervious to my deeply harmful analogy.

I walk Peanut into school, return to the car and gently place my head on the steering wheel.
Every day I'm becoming more and more like adoption's answer to Basil Fawlty.