A brief report from the quarterly meeting of the Adopter's Voice meeting at the Department for Education. The focus had been partially on continuing to look at issues with school and adoptees, specifically looking at Education Health and Care Plans (EHCP).

As a family I've limited experience of EHCP and I dutifully asked people's experiences in the usual meeting spots on Twitter and on Facebook. I confess to being genuinely surprised by the responses, both in quantity and passion. The challenges, frustrations and experiences that people shared were heartfelt and clearly were having a profound affect on the lives of their children and families. I'd not had such a notification tsunami on my phone since I'd asked about CAHMS.
In essence the responses could be broadly grouped thus:-


It was a long meeting that also incorporated the Education Sub Committee of the Adoption Support Group. We met with a representative of the DfE with advisory responsibilities for Special Educational Needs & Disabilities (SEND)  and it was interesting to hear his perspective on some of the challenges that he was aware of. He noted that the vast majority of EHCP assessments are accepted but acknowledged that there could be less weighting given to Social, Emotional and Mental ill health, often the issues that adopted children are at higher risk of experiencing. 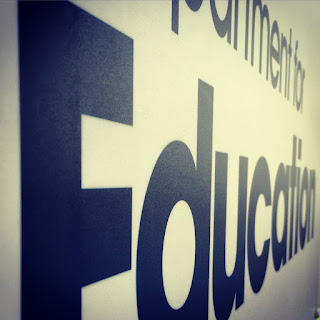 There was a lot discuss and in part the role of Adopter Voice is to share with a view to influence those in the position to change systems and policy not for AV to do the changing. As always the people that we have direct contact with at the DfE  appreciate the challenges but they understand how to influence decision makers and groups of professionals. The shift in role of the Virtual Heads to encompass adopted children is a good example of how the views and experiences of individuals and groups influences key people and groups. They then go on to create change in a way that is beyond the control and experiences of the likes of me. So today there was some of that.

There were discussions around the Regionalisation agenda, inspection regimes, workforce development and the role of Adoption Panels was fed back and absorbed. As usual too much to say and some that can't be said.
There is a methodical and well intentioned process of improvement at play and again I thank you for all your patience and input.