In one of my day jobs I speak to teachers and help them develop their understanding of the impacts of  loss, trauma and separation on children. I’m usually invited in on the back of adoption but I quickly move past this with my first slide and broaden it to a whole range of children.

Eventually the teachers ask is there anyone who hasn’t been impacted by trauma, loss and separation left? It’s an interesting question and the reality is that probably not, but the degree, implications and subsequent support are perhaps the key issue.

So with that in mind I go about my day. 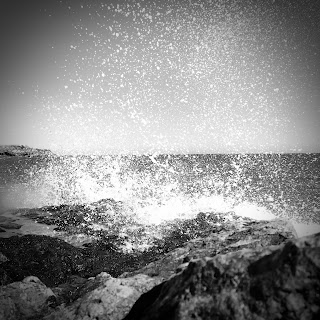 This week on Twitter I was included into a very long conversation thread that drifted into this issue, along with many other issues to boot.

For many of the adults looking after the other children that I listed they had no choice, circumstances and other such meant that they care for children that have lived under the shadow of negative experiences.

Are their needs greater than ours or ours theirs? Of course not. But we have many things that they do not. A voice. The goodwill of many people that can help us. The Adoption Support Fund. A statutory right to see our needs assessed, lobby groups, conferences and research that benefits us and our children. Adopters are uniquely privileged, we are universally seen by wider society, media and politicians as saintly and deserving. If you’re an adopter it’s not uncommon to be told ‘what you’re doing is amazing’, ‘I could never do what you do’ and other gushing statements. For us this is a choice, many of us didn’t ‘really’ know what we were getting into, but we chose this path none the less. You could argue that for some it was no choice but a last resort but that confuses the issue. Doesn’t it? Probably.

I’m not suggested it’s all creamy but I know enough to know that we have more in our favour than many others. Neither am I suggesting that we should sit back and rest on our laurels, of course we should push for better.

I often think what it would be like to care for my children in different circumstances, to be the cause or to have been a bystander to my children's trauma, the system may not look on me as favourably as I struggle with guilt, shame, mental ill health, challenging circumstances, your own trauma etc.

How do we rank need? Are some more deserving of public funds than others? Well I guess there are multiple views on that. When thinking of my child’s life path would money have been better spent on early intervention, or resourcing foster care and foster carers or providing support to adopters or on universal services. The reality is that money is spent at each point with varying degrees of success and to fund one is to not underfund another, as far as I know that’s not how public funds are used or how the system works.

The reality is that the need is greater than the available resources, that being so we are then left in a terrible position where most services could do with more money.  Need is graded and some get access to services and some do not. As adopters we're unique but that does not necessarily mean we receive or deserve a prioritised access to service. I'd like to live in a society where children's need are prioritised regardless of who cares for them be a single mother with mental ill health and a chaotic lifestyle or a middle class family in the leafy suburbs.  Is that the case? I'm not sure I'm in a position to answer that.

What upset me, or frustrated me, in the twitter conversation was that it's a debate that can't be boiled down to 140 characters. Confusion reigned as different people's threads blurred and messages mixed.  It wasn't a uplifting exchange.

I've read and seen enough to know that though the needs of many adopted children are profound and life long but that doesn't make them unique and in the grand scheme represent a small portion of the whole need that is present.

There are no easy answers.