This version of 'normal'

I'm clearly jaded, my version of normal is so bent out of shape that it's neither use nor ornament. Round here it's been an interesting few weeks in a very mainstream normal sort of way.

Ginger is leaving for university.

Of course this is all set against the usual 'niche' version of normal we inhabit. Basically, I'm never going to take Flossy to a football match again, 48 hours on and we're still sorting that all out. I say sorting I mean I'm being called names and stoically not responding if that's what you call sorting out.
Anyway, I digress.

With the boy leaving it feels kind of weird to be caught up in something so normal yet hard. What is rather nice though is that I speak to other parents and I'm understood and empathised with. They wince then tell their stories, sadness and worries. No need for tricky explanations or awkward conversations about the long term impacts of this or that.  They just get it and they totally get why MrsC feels like she's on an emotional precipice as her little boy flies the nest. 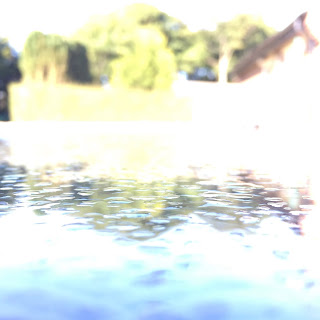 Of course it's not that simple but circumstances were kinder to him than some others and he falls into the wider 'normal' not our niche version of that. Ginger is the poster boy for the pros of early intervention.

MrsC has been making food parcels and buying pans while I moan about how realistic it is buying an ironing board for an 18 year old man*.

We're beset by all kinds of emotions, sadness, pride, nervousness and a whirlpool of stuff. It's pressing the big girls buttons as her little brother moves out, hmmm, there's probably something in that.
I can confess that it feels great to join the rest of the mainstream parenting world and participate in a right of passage enjoyed by thousands of young people and endured buy their parents. Like all parents we are reflecting on where the last 16 years have gone and look at the man before us as he steps out into the world filled with pride.