It's the morning after the night before and I can hear the inner voice calling.

'wake up Lazarus, wake up'

That night I'd started to write a post describing the feeling of holding my breath, all summer I'd held my breath waiting for the raaaaa to come. We'd had the ongoing, un noteworthy, low level stuff but that's all within the realm of normal and expected. Our summers are usually harder than that but up til yesterday we'd traversed through our normal. So, that was where I was, I'd realised that I'd been holding my breath and I'd started to write about the anticipation that so many families who care for hurt children live with. Anticipation of challenge, conflict and violence. It felt like it would have been a good blog. 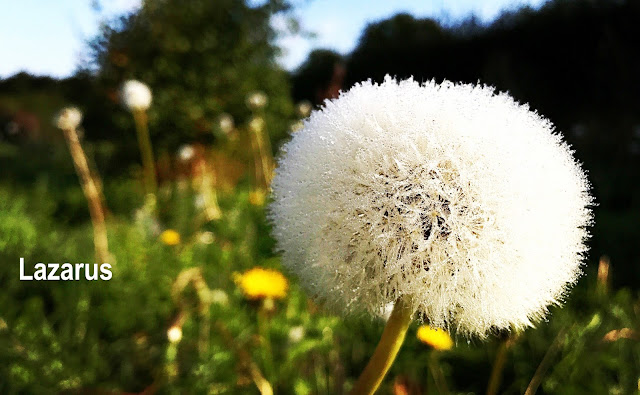 But then it all kicked off, full on code red. What it was about and what happened are all irrelevant because it's never really the issue, it's about children living as foreigners in the world, struggling to express fears, anxieties and frustrations in a way that doesn't hurt and harm those around them.

This morning I feel like the caring, gives a damn, unconditional love, go the extra mile dad has died. It hurts when I smile. The commandant, security officer dad has stepped in, he's switched off his feelings or at least hidden them to get through and we're functioning.
So, the inner voice whispers.

'wake up lazarus, wake up'

Nice dad will return, he just needs a moment.