Adoption, Child on Parent Violence, the DfE and a paradigm shift.

Yesterday was a big day, adopter interviews on national and regional media, news items culminating in a radio documentary all focusing primarily on the challenge that adoptive families are facing as they raise their children. The figures and stories were of no surprise to anybody who is remotely connected to this world but I'm sure for many it was a revelation. A change to the narrative.

I listened to the documentary and, of course, I was a little uncomfortable with some elements of it in relation to the Adoption Support Fund. I would argue with the validity of some perspectives but this is not the place for that.

My day had started yesterday speaking to 250 social workers, I asked 'who here works with or knows a child that is aggressive or violent to their parents or carers'.

Every hand went up, Helen Bonnick and I then opened up the issue to a receptive and empathic group group of social workers.

Five days earlier I'd spoken to England's Chief Social Worker. She knew and acknowledged it was an issue faced by many before I even opened my mouth. We considered paths and routes to develop further influence and as and when they open up I'll share that.

When I woke up this morning it all seemed like a dream.  I wondered if I'd witnessed a paradigm shift in people's views of adoption. That children who have experienced loss and trauma, though the most vulnerable in society can be the most challenging to parent and care for. That this was being understood and the 'Annie' narrative was not the only narrative in town. 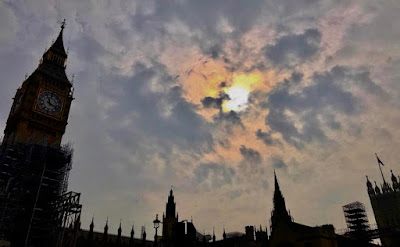 I for one feel encouraged that the work of many individuals, small and large charities has brought us to this point. It's not a solution and we will never have to stop pushing but I believe that families are now starting to be believed and listened to.

Today I was up to the Department for Education today for the Adoption Support Expert Advisory Group. It seemed like very apt timing. Over an hour of the meeting was given to Child on Parent Violence. There was no doubt that this is now a 'thing', there never was doubt in that room but we acknowledged that the conversation had shifted over the last 12 months peaking with the excellent timing of the AUK/BBC survey yesterday.

So, where now? Training of the workforce, development of our knowledge of why, practice guidance,   appropriate responses and therapeutic interventions are all now on the agenda. Not one of them a small, simple or insignificant thing. Not least we considered the very definition, an ongoing and nuanced conversation.

Of course more was discussed and considered, including the ASF.

The landscape has shifted and continues to do so, new challenges, a developing understanding and at the centre children.