Last night I came home from work and my 4 year old son wouldn’t let me in the kitchen. He was with my partner and he slammed the door in my face and screamed that I couldn’t come in. Later that evening, I tried to ask him not to splash water from the bath all over the bathroom floor. He’s not learnt to swear yet but his response was raw piercing screams of ‘go away’ and ‘I don’t like you.’ That morning he had arrived at school and promptly hit his friend in the face, making him cry.
Physical and verbal outbursts are a daily occurrence with my son and they are by far the most difficult thing about parenting him. Both at school and home he can hit, kick, push, bite, scream, slam, knock and throw things and the force behind these explosions can make them feel ferocious, and shocking.

There is a reason for the outbursts -  they are symptoms of his brain being injured by alcohol when it was growing in the womb. He has something that is rarely acknowledged or spoken about, foetal alcohol spectrum disorders - FASD. A damagingly hidden and stigmatised condition, FASD is a spectrum that is thought to be more common than autism and to affect up to 75% of 0-4 aged adopted children. Not all children with FASD will be violent to this extent but some aggression is very common.

One of the most maddening characteristics of this injury is its unpredictability. It is uncertain, spiky, and volatile. A good brain day, hour or minute can pass with very little incident. My son can be charming, funny, loving, eager and sweet.

But on a bad brain day his mood can switch to red rage in an instant. Then there seems to be an urge that must be followed through. He needs to get to you, to hit you in the face, to kick, to throw things at you. Faced with this, I find the biggest challenge is not to join him in the rage. When a random attack fit for the marines is upon you it is very difficult not to respond. 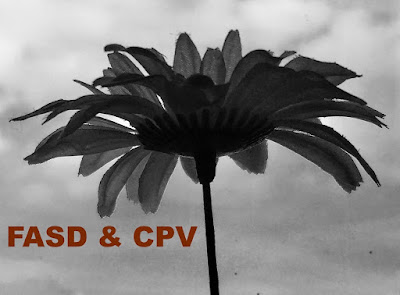 The anger I feel is based in fear. Fear for the future when my already incredibly physically strong 4 year old gets bigger and stronger. And the threats and insults become more and more offensive.
And I rail against this. Because I would never dream of associating with someone violent as a friend or partner.  And I have moments of outrage at the idea of putting up with attacks or abuse. If that came from a partner you could be protected. People would rush to condemn them and to get you to safety. But how are we going to be safe? Who is going to protect us? Who is going to help us? And what are we going to do?

When I’m in a more regulated place however, I know what ‘works’ better than anything. And that is the beauty of knowing about FASD. Once you truly understand that this violent behaviour is symptoms, you can try and change your response. You would not tell a wheelchair user to get up and walk. And while behaviours shouldn’t just be tolerated, in the moment of overwhelm, it is the symptoms of a physical and medical condition that are at work.

There are lots of ideas out there on how to respond, and I recently came across some great advice on youtube here  Staying calm, not talking, disengaging and not reacting are some of the hardest but best things to do. Re-directing to a calm space, is also something to try so that in the end the person with FASD can understand what they need to do for themselves to regulate and come down.

But such positive self-help is unlikely for the huge number of kids with FASD who are being misunderstood. Stigma and lack of awareness means they are being mis-labelled as naughty or as having attachment disorder and misdiagnosed with conditions like ADHD and autism. It’s often said that FASD co-occurs with these. It doesn’t. It mimics and is similar to them but it is not the same. We must have more proper research, recognition and diagnosis of FASD so that we can better understand and manage this surprisingly common condition and its sometimes violent symptoms.
at June 14, 2017