Twice this week someone told me I was laid back. I assure you I'm not and if you asked anyone who has spent any significant time with me then they'd disavow you of the notion pretty quick.
I am Fawlty Dad.

I just lost it this week, totally spat my dummy out, my buttons were well and truly pushed. What amazes me is my children's abilities to find new buttons. Of course they don't always intend to push my buttons but good grief they sometimes seem to have a supernatural sense of what they are and when is the most inappropriate time to push them.

I can keep the safety guard on my big buttons, I expect them to be pressed and take appropriate actions to avoid them being being exposed to the sticky little fingers that seek them out. 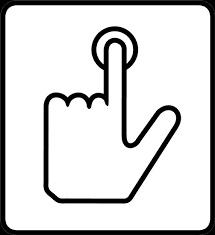 So, this week I got called a 'freak', repeatedly. I thought oh stuff this for a game of Cluedo and proceeded to unravel over a 30 second eternity. I returned sarcasm with sarcasm and became all 'whatever' and 'I'm so not bothered'. I carefully laid aside my NVR and PACE and rolled with it.

Not my best moment. Of course I fixed it over an hour or so but I should have walked away, I should have kept my button well and truly guarded.

There was a time in my life when I though I had no buttons. Then children arrived and what a deeply upsetting experience it was discovering that I was literally covered from head to foot in buttons, reactions waiting to happen. Over the years I've had some of the buttons surgically removed and some have broken through repeated and persistent over use.

My enduring button is name calling and I'm painfully aware of it and keep it well guarded. But with all the 'stuff' going on in the rest of the world I've struggled under a little cloud and that's when the buttons are vulnerable.

When I'm no longer laid back, when I am Fawlty dad.