I am rather concerned that we do not appear to be speaking the same language when it comes to my son. Maybe its because we sat in a meeting back in July and I argued why my son’s school start should be delayed so that he would have time to settle into his new home and get to know his new family; maybe its because you feel he is settling well into school and you dont see the behaviour of a scared child like I see at home. Or maybe its just because I would like an empathetic or even sympathetic response whilst it appears to me you deal with black and white facts.

For some reason, I have the feeling that you perceive me as an over worrying parent with limited knowledge of children. Believe me, the adoption process is very thorough and I wouldnt have been approved if I had no experience of being with children. Maybe you see me as younger than my actual years - I am nearer to 40 than I am to 30 if that helps your judgement at all.

When I say that my son has said he is missing me and crying at school; please dont brush it off with ‘all children go through that - he is fine once inside’ I am my sons 5th mother figure, not including staff and grandmother; yes I acknowledge that most children do miss their parents when at school but my child doesnt believe that he wont just be moved to a new home. He doesnt trust me or anyone enough that no matter what his behaviour that he isnt going anywhere. My son wants to spend time with me because he is starting to feel that he wants to stay with me; wow how scary for him - because he quite likes it with me he expects that he will be moved or I will leave him. So please next time my son says he misses me take time with him, show him the picture in his book bag remind him that I think of him too and will be there to pick him up.

I have tried to explain that my son doesnt show hurt/pain if he falls over; he may jump up and down but otherwise will shrug things over.  Whilst many parents want their sons/daughters not to cry at the slightest of knocks Id quite like my son to show some feeling and seek some affection at these time. When my son fell over in the playground and cleanly knocked out a tooth and had blood dripping from his mouth - he should not have ‘been fine’, he should have been shouting and screaming - he wasnt this shouldnt been seen as brave this is a scared boy who doesnt want to let on that he isnt strong and may at times need people to care for him.

I have tried to explain that my son needs an adult to help him meet his basic needs; he will need someone to take him to the water fountain and then make sure he actually drinks the cup of water. My son only really had two feelings when he came to me hunger and tired. All of his role plays involve being hungry, if he sees food/sees other people eating food he will say that he is hungry even if he has just eaten. If food is put on a plate to share, he will take a handful of food to make sure he has sufficient and doesnt go without. If on the rare occasions I dare eat a dessert when his behaviour at meal times meant he missed out then he will shout and scream the house down; he may throw things, bite me, punch me. So when he stops eating his fruit at snack time - I have the feeling something is wrong so please don’t tell me ‘they have time to eat but we can’t force them’ my son needs regulating, he needs to know that he will still have play time but that its important he eats too. If he doesn’t eat like most of us, his attention will drop, he will struggle to regulate himself, and you may seen a change in his behaviour.

When I tried to explain that my son needs to play to feel safe, and he needs to play more when tired, and even more when he has new toys - please don’t tell me all children like to keep playing with new toys. Yes im sure they do but my son needs to play because he doesn’t believe the toys will still be there when he comes home, he came to me with little if any age appropriate toys; figures of dinosaurs and cars a few jigsaw puzzles but nothing that he could actually ‘play with’. He has been know to destroy toys when angry he is still experiencing that people think he deserves new toys.

When I ask if we can speak about Mothers Day cards; please take time to listen to my concerns, don’t make me feel like I am making a fuss about nothing. I don’t know if my son has written a card before, i dont know if asked who he would want to write a card for. But ultimately please take time to consider why would my son want to celebrate Mothers Day; most days he doesn’t want a mother figure because he cant trust them, they leave him. To him a Mummy doesn’t mean someone who loves you and keeps you save, that feeds you, and plays with you. Deep in his brain Mummy’s are inconsistent, they cant be relied upon for anything.

When you approach me to say that my son has hurt several children within an hour; and I explain that he needs support to help regulate himself and that he takes time to calm down when he is angry; please dont say all children need time to calm down. Ive tried to explain that I need to hold him when he starts kicking, punching, pushing otherwise he will continue to hurt people. Ive tried to explain that even when he appears calm he is still in high alert. My son’s anger comes from a place where he is fighting for his life, he will defend himself as that is safer than anyone being a threat to him. I understand that you dont know the signs just yet when he may hurt another child. But once he has this is your cue to keep him close and safe, not just allow him to show that he is big, strong and doesnt need anyone to look after him as then even the smallest of things maybe perceived as a threat.

I could go on and speak about the fact that children get dessert when they havent eaten their main meal, or your behaviour policy and how this shames my child, or your understanding of the difficulties I face just to get him to school but think Ive said enough for now

So please next time I try and speak with you about my concerns around my son, use a little empathy and stop seeing him as the same as all the other children in your class 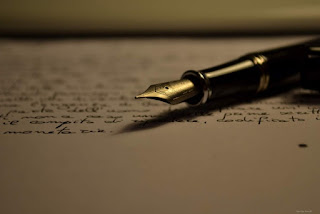