I had a hangover once when I was 15. I remember vividly the subtle blend of seasickness, feeling like I'd been  hit in the face with a frying pan and of someone using my mouth as an ashtray.

It was a profound moment, I thought this is hellish I'm not doing that again.
So I haven't been drunk or had a hangover since and I have no intention of ever feeling like that again. Mrs Cs happy I'm always the designated driver. You could say I'm a control freak I prefer to think of myself as dull.

To be honest I was feeling quite optimistic and hopeful about 2016.  Lots of plans and schemes for the new year. Then like a rolling storm it all unraveled in glorious widescreen technicolor with dolby surround sound.

It arrived like a Catherine wheel of emotions, arms and legs flailing, insults spewed and threats made. The whole house kicked in the emotional teeth, things broke, threats made and bags packed, we were all impacted by the magnitude, if you weren't directly involved you heard it. The blue touch paper had smouldered for a day in the lead up,  then this Catherine wheel went off and lasted a couple of hours at it's height.

Mrs C tag teamed me after a few hours and brought it down,  it was over, wailing, sobbing, shower and bed. I say over though the sparks and fire had gone the dysregulation hangover was left.

We're emotionally and physically drained. Then we have an enquiry, what was the cause, could we, should we have seen it coming. But what had lit the touch paper and set off the raaaaaagh? It could have been the build up to Christmas, the lack of routine, the Xbox, the sugar overdose, the lack of exercise, the present jealousy, the this and the that.
I'm tired of trying to work it out, overanalysing.

Who said what and who did what. The scuffle, the kicking, the punching,  the argy bargy. I'd rather not talk about it, I'd rather not think about it but Mrs C and I did. I'm tired of trying to make sense of the senseless. 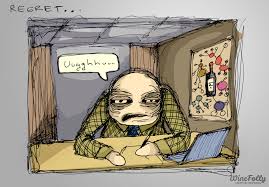 So, the next the dysregulation hangover remains, we move delicately around the house. I've put work back a day, it's raining outside and a delicate peace hovers inside.

I choose my first words and tone carefully.

'Get lost' is the reply.

I walk away, to tired to fight, nervous, are we going to play this out again?

My body aches from the argy bargy, the tension, the raaaagh, my heart aches from the argy bargy, the tension and the raaaaagh. I think about the future the whats and ifs. It's ok now but what about in a year or five or ten? The hope and expectation I'd had for the year have dissolved and worry and tension lays like a blanket over us all, we become a one narrative family.

We get through the day without incident.

Like all hangovers, it lifts, slowly but surely, 12, 24, 36 hours and we dare to feel better.
I have no intention of ever doing that again but I'm afraid this one is out of my control.
at January 07, 2016