I was pottering in the utility room while Flossy was sitting with her big sister in our kitchen. Big Sister is 8 years older and has never lived with us but with her aunt/ We have a good relationship and she is canny kid, actually she's a young woman, works hard and keeps her nose out of trouble. Big Sister was showing Flossy a family photo album that she'd made.

As I pottered I overheard Flossy ask 'is that my real dad?' as she looked at different photos. It's a loaded word 'real' when attached to dad or mam for many adoptive parents (step parents too).
I paused when I heard Flossy say it. I just waited to see what was going on inside me. Nothing.  Flossy was using it as just a form of words no values or judgement. I'm way past insecurity or the need for affirmation in relation to my status as my children's father. I was interested to see how I reacted.

It contrasted to an event a few days later.Lotty had single handedly managed to dysregulate the whole family drawing all of us into her bonfire of our sanity. 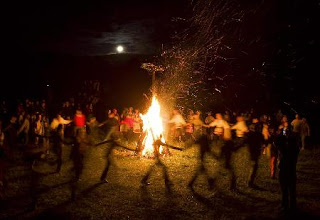 She screamed as she flailed around the house.

'You're not even my real dad'.

The words spat at me looking for maximum effect as she ran around the walls.

Words aimed to hurt, which is a little unusual for Lotty. I was a little hurt, mainly because I was disappointed that she'd tried to hurt. Without the shadow of a doubt  I know that Lotty loves me but I do like the kids to be kind.

It's a cliche of adoption parenting the image of a child shouting the barbed words to inflict pain on their adoptive parents. In all the years that the big three have been with us it's never been said,  I'm sure it's been thought but never said. As for Flossy she's more that able to use it as a precursor to why she won't do as we ask in almost all circumstances.

Back to Lotty, I reacted more out of indignation with a subtle hint of smarm.

'Oh, tell me something I don't know'. Said in the style of Rick from the Young Ones. 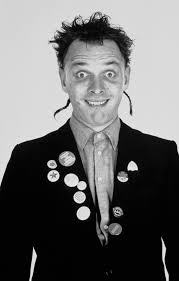