I wholeheartedly believe that the Church has within it's DNA the mandate to care for children and young people in the looked after system as well as those on the fringes those going into the system and leaving. Not exclusively of course but within the context of all the other 'stuff' we should be up to, we've even got a bible verse for it. However, and it's a big however, I'm also aware that we have totally screwed this up. I choose my words carefully, but I look back and within living memory I see that the church's actions reflect a complicated history, yes meeting a need but also perpetuating that need through moral policing. As late as 1970 the church was complicit in sending British 'orphans' to the far side of the world. Other actions have taken place and having watched Philomena recently I am  shamed at what was done in God's name, children removed from parents in the name of I don't know what. That legacy remains very much alive.

The biblical adoption narrative and stories in the bible feel, to me at least, as almost irrelevant to contemporary adoption. The systems and legal routes that we have built are not relevant to that narrative. Of course we are called to love and accept children but there was no Social Worker for Moses or Jesus adoption stories. When I see the adverts in my twitter feed for Adoption Sunday I get nervous. Nervous as for every child that 'needs' adoption there is a family that probably want their child back. I'm under no illusion that unspeakable acts are committed and some parents cannot and don't want to care for their children. But the context of adoption is shifting before our very eyes and that picture is ever more complex with less support for families, injustice and wrong decisions remain a possibility. The church's mandate is to protect and support the vulnerable  regardless of where they find themselves and with at least 30% of mothers with children in care system living with mental ill health it's time that the church made amends to the families that lost their children.

What am I proposing? Do we need to repent? Is that enough? I don't know, I'm just making this up as I go.

But on this Adoption Sunday my mind is with my children's 'other' family members, grandparents that never saw grandchildren again, aunts, uncles, brothers and sisters that lost their children. Morally and ethically complex, murky situations, they challenge my notions of forgiveness, redemption and who is right or wrong. I can't help but consider how they may feel on Adoption Sunday. 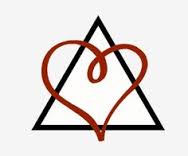 For the first time since records began we have more adopters approved than children waiting to adopt (that's another blog). So where do we look this adoption Sunday? Of course we pray for the children, but what else do we pray?