As noted in my recent post we have recently been subject to the increasingly common experience of being contacted by birth family through Facebook.
Reflecting on the incident it would appear to be a little naïve to be surprised or shocked.

We were found through snippets of information, two first names and a town, the trail of breadcrumbs led online, here then there and re appeared in our lives.
This experience mixed with a recent thread on twitter made me reflect on the temptations available to this generation of adopters, adoptees and birth families.

In the majority of current placements the theme running through them is that the children were not relinquished or given freely to adopters. Birth families are left with memories and not much else. The much televised tragic view of the stoic, silent and dignified mother is an endangered relic of a historic model of adoption. Children forcibly removed from parents is a painful majority of contemporary adoption. Freely available to these families is a raft of social networking platforms that potentially offer them a link to their lost children.

For the benign or malevolent alike the hope and thought of discovering information, a picture or celebratory status update or even achieving contact would be almost irresistible.

I have to ask what would I do in the face of such ‘temptation’?  What would you do? 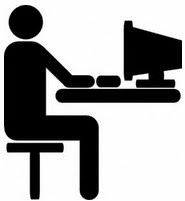 For the adopted child or teenager curious about identity and history, perhaps the temptation is easier to satisfy. With key information often in the much-maligned LifeStory Books then with the minimum of information, full names, towns of birth and images, then contact is literally at their fingertips.
In my children’s shoes what would I do? What would the 15 year old me have done?

It feels like SW, adopters and post adoption support services are lagging, not sure how to react or protect.
If I had the answer I’d be rich and on a book tour. So, what do I do, we talk with each other, we are frank, we dispel myths, we ‘friend’ and ‘follow’, we try and stay one step ahead, we try to be savvy and we pray.

We are ok, our kids are ok. Yes, we had a shock but we’d laid a foundation that caught the fall and gave room for manoeuvre, at least for now.