Press release from the DfE in relation to Adoption

Here's the press release from Gavin Williamson for #NationalAdoptionWeek .
Being candid, it's not for those in the adoption community, it reads like a call to prospective adopters and is a continuation of what was in the Conservative manifesto.

What can be safely cut out of the adoption process escapes me at this point and focus remains on speeding up adoption to increase adoption. I maintain that we need to focus on the needs of children to increase adoption. The issues in relation to the ethnicity of children echos the words of Michaeal Gove almost a decade ago and doesn't reflect the complexity of race, racism and adoption that good practice and research points us to.

Unfortunately, I don't think this release will inspire confidence from those in the community.

An overly bureaucratic system that places too high a burden on parents who want to adopt is making it harder for people who want to give a child a stable home, the Education Secretary Gavin Williamson has today warned.

In a speech to coincide with National Adoption Week, the Education Secretary said “too many lifestyle judgements” are made on potential adopters, with the consequence that there are not enough adoptive parents to go around. The shortfall is resulting in children being “bounced around the system” as they wait for a family, he added.

Figures published today show that there are currently around 2,400 children waiting for adoption but just over 1,800 approved adopters who are ready to give them a home.

The government has previously made it clear that any families considering adoption will be supported and has today confirmed that £6.5 million was provided to local authorities and regional adoption agencies to help adoptive families facing greater stress during the Covid-19 pandemic. This is alongside the government’s Adoption Support Fund which has provided nearly 61,000 adoptive and special guardianship order families across the country with therapeutic support since its launch in 2015, backed by nearly £175 million.

The Education Secretary also announced a further £2.8 million in funding for Voluntary Adoption Agencies. The money will allow them to continue to deliver their adoption activities during the pandemic, including recruiting adopters to be matched with children waiting.

“When it comes to adoption, what we have seen over a number of years is something I can only call narrow mindedness or even snobbery.

“For example, some local authorities make it harder to adopt if you rent your home rather than own it, or if you’re not a perfect ethnic match. These outdated messages are putting off people who would otherwise come forward when the only qualification you need is the ability to love and care for a child.

“I am urging local authorities to help us break down these barriers so that we can unite more children with the families they deserve so much.”

While safeguards must not be relaxed and checks must remain in place, the Education Secretary announced his intention to change the process that leads to lifestyle-judging that is making adoption a daunting experience for many.

Given Black and Minority Ethnic children often wait the longest to be adopted, he also warned that we must end an “obsession with finding the perfect ethnic match for children”, stating that there is no acceptable reason why adopters should be blocked from registering simply because there are no children of the same ethnicity waiting to be adopted.

At the same time a national campaign will launch next month to reach out to churches, mosques and other community groups starting with a pilot service in London and Birmingham, to reinforce these points and encourage more potential Black and other minority ethnic adopters to come forward.

“Voluntary Adoption Agencies (VAAs) across England are hugely grateful for the additional funding provided by Government in this difficult time. It has enabled us to continue our vital work supporting hundreds of adoptive families at a time of great stress and preparing new adoptive parents to provide forever, loving homes for many children who need them.

“VAAs provide a quarter of all adoptive placements and the choice they offer is particularly important for the  Black and minority ethnic communities with whom we work. We really appreciate the confidence the Government has shown in VAAs and we will continue working with partners across the social care system to create positive futures for our most vulnerable children.”

“We have been delighted to play our part in addressing the persistent racial disparity in adoption and are so encouraged to see a continued commitment to this critically important issue from the Secretary of State today. It has been our privilege at Home for Good to assist with training hundreds of social workers across the country in faith and cultural literacy and to pilot a new project helping to find adopters of Black children waiting for adoption.

“We are grateful for the funding that the Government has made available for this work. We recognise that lasting change is a marathon and not a sprint, so greatly look forward to working together to find a loving, safe and permanent family for every child who needs one.”

The speech comes after the Education Secretary asked councils in January to put adoption at the top of their agendas, and to make sure that people are not being turned away because they were too old, or had a low income, or because of their faith or sexual orientation. 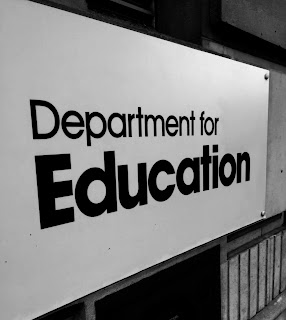