A guest post - Attempts at ‘Semi-therapeutic parenting’ vs ‘Traditional parenting’- or ‘When Nanna steps in too much!’

Attempts at ‘Semi-therapeutic parenting’ vs ‘Traditional parenting’- or ‘When Nanna steps in too much!’
By the modern adoptive mummy themodernadoptivemummy.blogspot.com

A family holiday… a lovely idea- or so I thought. 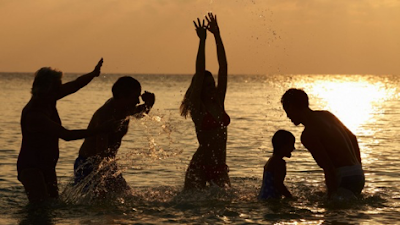 The rationale goes like this: We have booked a big enough cottage in beautiful mid Wales, my mum hasn’t had a family holiday since dad died (lots on her own though), we have never had more than a day out with their nanna, it’ll be lovely to all go together, three adults, two kids and three dogs. Looking back at this last statement alone I can see the issues in neon lights!
My adopted boys, now 5 and 4 years old (how did they get this old so quick?), get on well with their nanna- they react the same around her as they do us which led us to believe they were comfortable with her and settled with her (as in they will have meltdowns in front of her and fight with each other).  We talk to her a lot about them, their issues and behaviour and what we do about it- or at least try to do about it. She was very aware that we parent a little differently and she knows, for instance, that we have to get littun to sleep by sleeping with him until he falls asleep as he can’t stand to be parted from us (which she doesn’t agree with).
It was on this disaster of a holiday I really appreciated the difference between trauma informed parenting (or at least attempts to parent this way) and ‘traditional’ parenting. There is no way we are the perfect parents- we get exasperated, frustrated, feel helpless and slip easily into ‘traditional’ parenting before checking ourselves but more and more we are learning to see things from a trauma informed view- like any parenting, this takes practise and as adopted parents we are always questioning the reasons behind behaviours.
Nana’s approach: 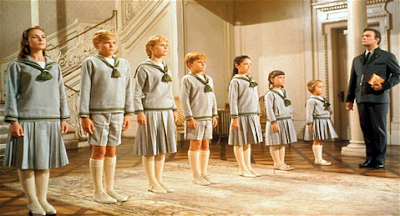 Largely shouting and threats. Shouting at them to stop behaviours, to stop demanding us for various things, to stop doing things we would also want them to stop (like hitting and stealing off each other). The more she shouted, the more they also shouted, the louder their cries and the bigger their grumps. The threats fell on deaf ears and when nanna took things off them they took it as a huge betrayal of trust. Many times, they looked totally shocked at her, bewildered at how she was speaking to them and it fair to say that both boys were a bit scared of her during the holiday.
On several occasions she contradicted things we had allowed the boys to do which also left them confused and upset.
I admit, that at times, I backed up my mother- as my husband and I always back each other up (even if we don’t agree we talk about it later). I was pulled into the traditional parenting role- it is what I grew up with- and afterwards I felt terrible about it and as the week went on I was less and less inclined to agree with her as I could see the harm it was doing to my children. It is very hard to stand up to your mother, especially as she has no one on her side being on her own without a partner and not something I wanted to do in front of the children- although this did start to change!
Traditional parenting, to me equals punishment, shouting, withdrawal of treats/ items, putting them down with comments like, ‘You should be old enough to go to sleep on your own now, you don’t need mummy and daddy with you’ and ‘You need to appreciate all that mummy and daddy so and stop being so selfish’, ‘You won’t be having pizza if you don’t stop complaining’. All of these things usually met with silence from us- in shock at how hash she was being with them and also uncomfortable to say anything there and then- I didn’t want her feeling uncomfortable (being the add on to the holiday if that makes sense) and my husband not wanting to correct my mother. We talked about it a few times and how badly having her with us was affecting the boys.
Every time we were on our own with them (she stayed behind one day and one evening we walked to the beach without her and one afternoon a walk to a castle) things seemed easier, happier, there was laughter and grumps and disagreements were less and they were more responsive to us. The air was just lighter- even when there was a major-needing-restraint-meltdown from biggun. We think the tiny thing that triggered it may well have been him letting out his frustration with his nanna.
Our approach: 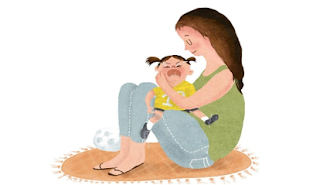 (If only we looked this calm!)
So what were we doing differently? When fights and arguments start, usually my husband takes biggun away to talk to him and calm him (he is better than me with biggun and I am better with littlun). We try distraction, we talk about behaviour and consequence, we always make them apologise for nastiness and get them to understand what they are apologising for (a sorry on its own is worth nothing). Most of all, we often just let stuff go. Littun has a habit of saying ‘me hate you’. We usually respond with ‘I love you’. Nanna would tell them how nasty they were and tell them off for talking to us like that.  The gulf between the two styles of parenting is huge and has had a detrimental affect on our children. They were on edge all the time, they didn’t respond to her well and didn’t want to be with her. Their already heightened awareness was super heightened and they were like wound up jack-in-the-boxes waiting to go off. There are always cuddles after meltdowns or times we have to reprimand and we give items back or agree a safe place with them if we have to remove them during disagreements.
Regrets and advice on what to do should you find yourself in this situation:
1)    Don’t contemplate going on holiday with nanna!
2)    Talk to your parent beforehand about how you want situations handled.
3)    Step in as soon as possible with a chat about parenting methods
4)    Remind nanna that she is there to give treats and little things that mummy and daddy can’t see.
5)    Ask nanna to play with the boys not just reprimand them.
6)    DON’T be tempted to fall into traditional parenting as it is easy to back nanna up!
7)    Don’t contemplate going on holiday with nanna!

I certainly have resolved to check myself more for hints of ‘traditional’ parenting and to use more trauma informed methods- the days since we have been back have been so much calmer. To reverse any displays of ‘traditional’ parenting with a calmer and more emotion focussed response and to make sure that we inform nanna of how we wish to have them parented the next time we leave them with her for a few hours. I have felt so sad for my boys and how their view of nanna has been tainted and how they are left reeling from this. I will be monitoring them with her for a while before leaving them- reparations are needed. I feel guilty for not stopping it sooner and adamant it won’t happen like that again. More and more I feel only adopted parents ‘get it’ and a few gems of friends who are awesome and understand trauma informed parenting (they are rare!).
at August 07, 2018