There's a lot going on. Everyone has a lot going on so it's a redundant point. There seems to be too many things to blog about but time is shorter than ever so it seems.

There was an interesting Twitter thread this week asking if adoptees feels genuinely listened to by their adoptive parents. Like all Twitter threads it went in lots of directions at the same time. It ranged from gloriously insensitive to wonderfully empathic, heartbreaking, occasionally angry and some sometimes plain stupid, I do love Twitter.

Anyhoo, it got me thinking about the my children what would their answer be, did they or do they feel listened to, what would they say now and what would the older ones say about when they were growing up. Well, what my children would say is likely to be very different for each one, a reflection of their experiences, personality and maturity.

I guess we make adoption an open talking point, but that's not listening. Of course, like all children there inner worlds are available only in windows and by consent that's not always forthcoming.* That is also overplayed with the complexity of some children's inner worlds let alone adopted children. Self awareness is a gift that is not always bestowed on the young and if you've lived through complex primal wounds, trauma, loss and bereavement then inner worlds can be hidden from sight. That's complicated enough but adoptive parents willingness and capacity to listen openly is also a variable factor. I can also confirm that there are ill informed adopters, insensitive adopters, head in the sand adopters, play nice like it didn't happen adopters and some scary adopters. I'm pretty sure none of them set out to be that. Like all groups of people we just reflect the spectrum of humanity, doing our best with what we've got. Adoptees are the same.

We are fools to generalise adopters or adoptees as saints or sinners.

Most of us we can reflect on the past a clarity and insight that is mostly unavailable at the time. The Twitter thread was adoptees looking back and adoptees considering now. Adopters and adoptees reflecting on two different things. Passions were raised.

Twitter wove its spell and as it hoovered up the views of people from a wide spectrum of experience, culture, value and legislative base. Shared themes but often non comparable stories. 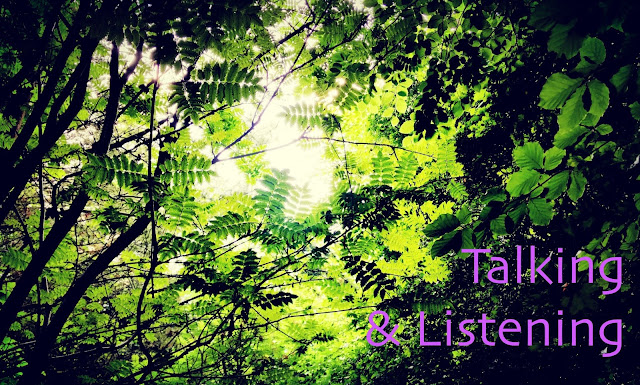 I feel like I talked a lot to my children, I feel like I didn't listen as much as I could have or should have. Watching Twitter made me want to do better, I will do better.

Anyway, as the threads continued I saw a familiar username pop up, one of my children. I'll not tell you their reply that's for me to know and you to work out but I did listen.