Firstly, I didn't arrange this and can take no credit for it happening. An adoptive family contacted Toby Perkins, their local MP and asked him to raise it as it was an issue that they were facing at home. Toby requested a debate to be held in Westminster Hall and Victoria Atkins MP, the Parliamentary Under Secretary of State for Crime, Safeguarding and Vulnerability, came to represent the Home Office. He had 15 mins then she had 15 mins. I was fortunately in London so sat in the public section of the hall and spectated. I'm just reporting what I saw and think. 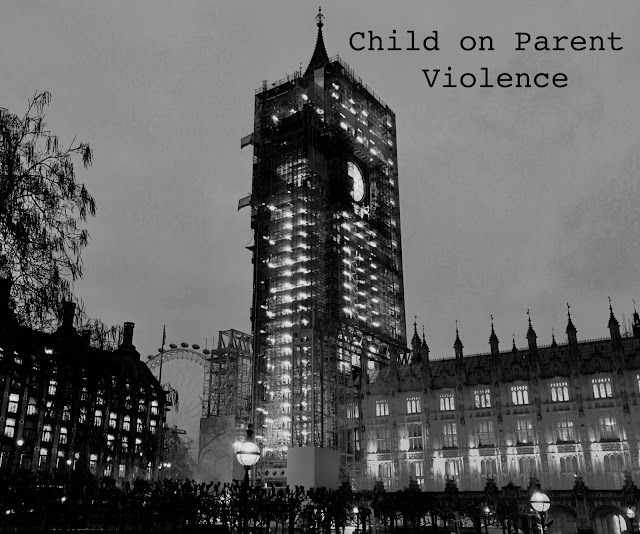 Child on Parent Violence as a discussion subject is fraught with many pitfall that can cause it to be over or understated. Getting a balance right is a challenge, as well as communicating the nuances of the causes and impacts we dance around not wanting to be oppressive or blame, what are often, vulnerable children. Furthermore, any conversation that includes the role of social workers, their training and the  impacts of austerity on practice is a minefield of easy tropes and cliches. I believe that Toby communicated what is a complex issue in clear, knowledgable and effective manner and raised reasonable and pertinent questions in relation to the limits of research, support and the social work knowledge base around CPV.

In her defence the response from Victoria Atkins was limited by her specific role and that her response was clearly prepared in relation to the title only and it was prepared prior to hearing Toby's points. It was clear that the response was biased to a law and order perspective and discussed specific domestic violence programmes and upcoming legislation changes. To my ear it was answering different questions to the ones asked. So, being honest the response is not all what I'd hoped that it would have been.

But, I'm a pragma-optimist. It's positive that it's been debated and though the response was not necessarily a resounding  promise of action I believe that the debate is something to be encouraged by. It validates the experience of many adults, parent, carers, guardians who live in abusive environments unsure or unable to seek help. It further highlights the need for a different response from professionals. It leaves a door open to other Government departments to follow up on the questions that were raised. It keeps the conversation moving and Toby Perkins MP is an ally that that I'm sure will continue to support adopters and others that live under the shadow of CPV.

Like a lot of what we do this is another piece of the jigsaw.

To see the debate click here for a direct link or expand the image below to see the video of the debate.