I read a tweet in a thread about Child on Parent Violence asked:


'I'm not sure ours counts'

It is an interesting question as none of us wants to label out children or have them stigmatised as 'perpetrators'. This is not what I want to do but we can be clear that if we call it something that it's not then we run the risk of maintaining the silence and consequently the stigma and the struggle. 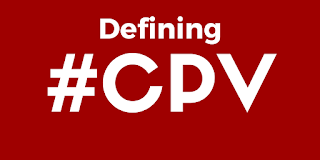 So, if you're unsure here are some definitions.


'Behaviour considered to be violent if others in the family feel threatened, intimidated or controlled by it and if they believe that they must adjust their own behaviour to accommodate threats or anticipation of violence'

'Any harmful act by a child, whether physical, psychological or financial which is intended to gain power and control over a parent or caregiver

Cottrell, B. (2001). Parent abuse: The abuse of parents by their teenage children

The above is the most common used though problematic as it implies intentionality or forethought which I'm not sure is always present.
Below is a section from the Home Office's Adolescent to Parent Violence and Abuse (APVA) guidance and can be accessed here.

'It is important to recognise that APVA is likely to involve a pattern of behaviour. This can include physical violence from an adolescent towards a parent and a number of different types of abusive behaviours, including damage to property, emotional abuse, and economic/financial abuse. Violence and abuse can occur together or separately. Abusive behaviours can encompass, but are not limited to, humiliating language and threats, belittling a parent, damage to property and stealing from a parent and heightened sexualised behaviours. Patterns of coercive control are often seen in cases of APVA, but some families might experience episodes of explosive physical violence from their adolescent with fewer controlling, abusive behaviours.'