I might have been the worst foster carer that ever lived.

We were deferred at panel, they said we would probably want to keep any little children that we were given to look after. We argued at our second panel that in no way did we want to adopt more children and the very thought of it was utter tosh.
Well, we were approved and we did adopt the first two children we fostered.

That proved two things, Panels can be pretty astute and I'm deluded.

This week there have been Twitter threads on adopters relationships with foster carers post placement all precipitated by an article in Community Care on children remaining, or not, in contact with foster carers after they leave.

It seems to me that for foster carers the work to reward ratio is probably one of the poorest that is possible in any profession. The highs are high though brief but the lows can be relentless. Added to the pain is the uncertainty of outcomes for children when they leave your care, often these questions remain unanswered.

Though we were only foster carers for two girls, Flossy and Lotty,  for a couple of years the impact stretched beyond just having two children to care for in our home. The tensions of carrying the burden of care but with limited control over most of the influences in their life seemed to be the worst possible combination and calling a Local Authority duty phone in an emergency is probably one of the most isolating and unreassuring experiences of my life.

Perhaps the worst feeling was that we were complicit in some of the trauma they experienced. We buckled them in the car seats that took them to contact that they didn't want to go to. Screaming and kicking they sobbed and hid from the transport worker but we dutifully ensured that they were ready. We pleaded with the Social Workers detailing the daily trauma and distress that they experienced but were given the usual answer: 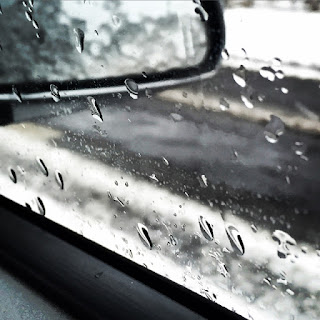 'It's the court's decision there's nothing I can do'

But the court or Social Worker didn't wipe the tears or cradle the distressed and terrified children, we did. The arms that soothed were the arms that would hand them back the next evening. I assure you those days haunt Mrs C and me.

That journey to adoption was not short so I won't bore with the details.

These days I reflect on my own casual indifference to the big three's Foster Carers. We were young, inexperienced and perhaps to wrapped up in our own moment to realise the difficulties that they faced as they handed three wonderful children into our arms. I confess to being a little insecure too.
We walked away and didn't look back. We were guided by dogmatic advice built on ideas that grew in the 50's and 60's. We were sure that the children were fine and they didn't say other wise. Now I'm ashamed of my attitude.

When Peanut came into our lives we gained two new friends in her foster parents, they'd loved her and kept her safe through difficult months of contact. Within 10 days of her moving in they came to see us and we've seen each other regularly and are in regular contact. Like Godparents to Peanut.

One positive story does not constitute a rationale to make it that way for everyone. Of course there are good reasons to stop contact with foster carers for adopted children but my feeling is that there are also many good reasons to continue it as well.

For a myriad of reasons Foster Carers keep a low profile on twitter, blogs etc. It's a loss to us all they have a unique perspective that we need to hear. Like adopters there are good and bad ones but on the whole they care for ragamuffins and tikes, the lost and the lonely my children and yours.
They are unsung heroes of many adopted children's lives.