As I try to open a rather awkward container with an inappropriately knife, usually implausibly sharp and outlandishly pointy and more suited to hacking bamboo down, I think:

'This is a stupid act, this will end badly'

So, no surprise when I nearly have my thumb off, blood gushing and the sounds of family members screaming while others pass out. And I think to myself:

'Yup, that's exactly what I thought would happen'

I weigh the short term benefit, in that I can't be bothered to pick up the scissors, against the risk of pain. Sometimes I win and the awkward container is subdued by my flamboyant lack of regard for personal safety. Sometimes I lose and we re enact a scene from a Crimean War field hospital. 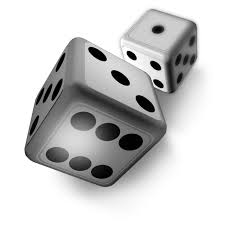 I weigh the benefits of an hours peace and calm against the potential for the prowling, pacing and simmering dysregulation that may befall the rest of the day.

For a few weeks lately things have been ok in relation to Flossy's Xbox time.
We've put the usual safeguards in place.
We give the allotted amount of time leading up to meals to have a positive reason to come off.
We give clear expectations around appropriate behaviour after coming off.
We cross our fingers.
We give 10 minute warnings, then 5 then 1minute.
It was working, not perfect but was easily offset against the hours peace we managed to get when Flossy played on the Xbox.

The hour, or so's, peace is sometimes a self care moment, or more often an opportunity to get on with some jobs, housework, make dinner etc.

But then that all changed, the usual control measures were no longer effective, dysregulation, name calling, insults, fights ensued. What happened? Then we realised the broken headset was fixed. The relative safety was encroached by school friends through the microphone. Overstimulating social interaction invaded the relatively controlled environment of our home.
The hour of necessary respite with her playing on the Xbox is followed by four hours of raaaagh.

So we pull back, consequences, boundaries re tightened, headsets and Xbox withdrawn. The hour of peace is alluring, convenient and needed but it comes at a cost.

Everyday it seems we weigh benefit against risk and cost. We roll the dice and somedays we win somedays we lose.
at November 12, 2015