I said 'this' and she said 'that' and she left and slammed the door.

Everything in me wanted to follow and say 'who the hell do you think you are?' I'd give her both barrels tell her about how in my day if I'd done that to my mother she'd have thrashed me within an inch of my life. How I wouldn't have dared to do that and so on and so forth.

I thought, 'what will it achieve, will it escalate and will I win any ensuing argument?'. The answer is pretty clear, it will achieve nothing just drag the whole thing out. I still wanted to go after her. It felt like she'd won. 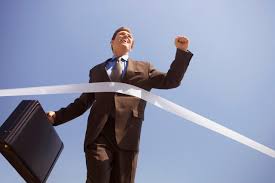 Most of my parenting is based around the very basic premis that I have to win, petty I know, but true. I judge most interactions in that manner, did I win or lose.

For the big three winning was easy. I raise my voice, or give a stern look and the behaviour would, 9 out of 10 times, stop. If it didn't then I would shout and that would be it, job done, dad wins. Seriously, I've a stare that could make a pirate weep.

But oh how times have changed. The nuances of the psychological, and unfortunately otherwise, battles that we get into with the new arrivals may be lost on the more casual observer. The stakes seem to have been raised and the battles more akin to trench warfare than playground spats. But I still judge them by winning or losing. But I've had to move my terms of reference.

These days I can win by giving a treat to an angry child, or letting them play for longer on the Xbox (!), by challenging them to an arm wrestle or, my favourite, putting the dog into their arms.* My methods have changed but I'm still aiming for a win. To get what I want. It's confusing for a casual observer but those with eyes to see know what's going on.

So, slam goes the door.
But I did win, I didn't make it worse, I didn't rise to the challenge intentionally, or otherwise, laid down. I de escalated the situation, so it was a victory, a different kind of victory, a victory of common sense. As long as I win in my head then I've won. It's a nuance and sounds petty, but that's me.

It would be nice to win through shouting but I don't think I could ever shout loud enough, I assure you I have tried and frequently continue to try.