I started to recognise a theme in a few of my adopter friend’s lives.

I loved our house, it was the best house that I’ve ever seen. It served the nine of us well and we built our family there. But here we are we moved away.

Last summer fter the ‘grounding incident’ Mrs C and I sat down and realised that we had reached a point where the safety that we’d provided was being eroded and undermined by our proximity to other people. Not that other people are inherently dangerous it’s just that’s how they are seen and perceived by my children’s internal working model. As Flossy and Lotty grow older they yearn for independence, like their peers, the sad reality is that for them it comes loaded with anxieties, fears and dangerous potential. Again and again we’ve had freefall dysregulation precipitated by contact with the outside world. They are on the cusp of adolescence and we realise that the next few years are fraught with dangers and snares for us all so we decided to act.

Our second reason is that I don’t have to stand in the garden and stop a dysregulated child from running into a housing estate at night in their pyjamas on winter nights. I don’t want to have to have those fights again. I never want to explain to men walking their dogs that I’m not killing or abusing my child.

So, we’ve stepped off the beaten path. 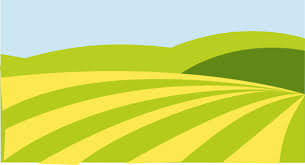 Our new house feels safe, it’s not the architectural beauty that we left but already it feels like a home.

The postman popped in yesterday and explained as there is no post box the previous owner used to leave the door unlocked and he’d leave the letters on the kitchen table. We might have to talk about that but already I feel a sense of calm that may just get us through the coming years.
at July 25, 2015