It doesn’t happen very often that I hear bad press or negative comments but when I do it usually gets my ire, especially from adopters. I’m not so naïve to think that they’re all saints, give exemplary care, act in the best interests of children or are universally fantastic. I know that the relationship between adopters and Foster Carers can be ‘interesting’ and sometimes for good reason, sometimes not though.*

It’s not uncommon for adoptive parents to tell of the dramatic improvements that they’ve seen in little ‘Johnny’ since coming to live with them. Raised eyebrows and knowing nods when Foster Carers are mentioned, comments about lack of stimulation, poor diet and bedtime routines and missed development milestones. Talk of massive improvements and milestones rapidly being caught, new words, overdue first steps that sort of stuff.

But Foster Carers often have immeasureably challenges set before them. They're handed this raw clay to shape, having to put in place new bedtimes, first routines and tentative steps to boundaries produces challenges. They face 21 hour shifts with a tormented baby that withdraws from who knows what. Malicious allegations just because they were an easy target. They suffer more Social Worker visits than you can imagine, being told how to care then the worker slinking off home at 5pm letting you peal the kids off the ceiling after a post contact meltdown because birth mum fed a 3 month old chocolate buttons at 5 pm before the taxi diver brought them home after a 45 minute car journey an you couldn’t get a vegetable into them if you were Jamie-bleeding-Oliver on steroids (Breathe!).
Then to bed, oh, they slept on the way back from contact so they’re buzzing, freaked out and high on chocolate buttons and they aren't sleeping for anyone.

Forgive my hyperbole, you get my drift, normal isn't always possible.

So, they take this raw clay and start to shape and mould it. Of course there’s a way to go but somebody had to start the process. They pass little Johnny onto us and we've got it easy they've begun a process and taken some flack to get him this far. They may have been the arms of love in some of your child’s most difficult days. They might have been the first arms of love a child has ever known. But they move them on and its not because they don’t care or don’t have the capacity to love them too much it’s because they do care and love them.

They’re part of the jigsaw whether you like it or not.
So, cut them some slack and go hug a Foster Carer today, or at least send them a letter or card and say thanks. 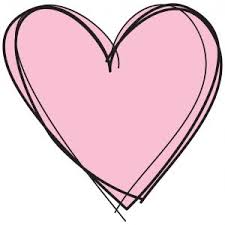 *I also know of many fantastic lifelong friendships between adopters and foster carers.