I read with interest the article in the Guardian this week on the questions over Neuroscience and the questions over its use in policy making. The counter letters and the bonfire that was set off on twitter was interesting to follow and I enjoyed throwing the odd coal on that fire. 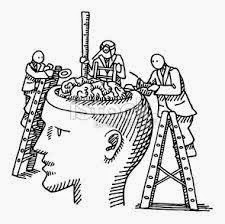 However, I am not a neuroscientist and I haven’t studied neuroscience. I’ve seen the odd You-tube clip and sat in seminars and training where it has been discussed.
I can confess to being impressed by the comparison slides of the healthy brain and the neglected brain.
I will confess to allowing it to consider my children differently.

I know as much as anyone will about my children's early lives; the usual litany of experiences that precedes a child's journey through the looked after system. I know my children and their little 'querks'.

The limited neuroscience training I have had has allowed me to view them differently, to parent them in different manner. But to suggest that I, or anyone else, view them as 'sub human' as the contributor to the Guardian article suggested, is a nonsense and insulting.

I observe that my child sees, and more significantly feels danger in almost all circumstances and is hardwired to fight, for conflict and aggression.

Once the switch is flicked then they cannot and will not back down. No threat, consequence or star chart will make a dent in that. When they redline then reasoning, sense and choice are dissolved in their rage.


Informed by our understanding we try to parent differently, why give a consequence to a child who will not be able to respond reasonably. I can threaten to remove their most treasured activity, but they cannot control themselves, cannot modify or comply. They will fail and will lose whatever we have threatened to take off them.

We know that we won’t calm the fire by pouring petrol on it by telling them what their punishment is at the moment of rage. We give them space, allow them time and we draw them back. Then we talk and reason and challenge.

Now, all of this could be genetic or coincidental. It could be an expression of their character or a response to our parenting techniques. It could be a purely behavioural or emotional issue.
All of that or a combination of factors.

Perhaps true understanding of the impact of neglect; physical, emotional and sexual abuse, exposure to domestic violence; trauma, separation and loss is years away. But I can categorically confirm that there is an impact and evidence from neuroscience is only one piece of the jigsaw that informs practice and government policy.