It seems like utter bunkum to review the year, so I won't.

However, my thoughts are drawn to trends and developments. There's a lot going on, with shifts in emphasis, agencies coming and going, the whole RAA thing seems to be unstoppable with all that means. That all seems routine and beyond the control or influence of most of us though.

For me there's an increasing shift to see the needs of adoptees and foster children in the context of all children's experiences. It's clear, the lobby for supporting children who have experienced trauma, loss and separation is stronger when we pull in the vast array of communities that care for those children, primarily biological parents, kinship carers, carers, kinship carers and adopters in order of decreasing numbers. The number is then increased from the ten's of thousands to at least the hundred's of thousands. A much louder voice. In what seems like and increasingly punitive environment we need a louder voice. 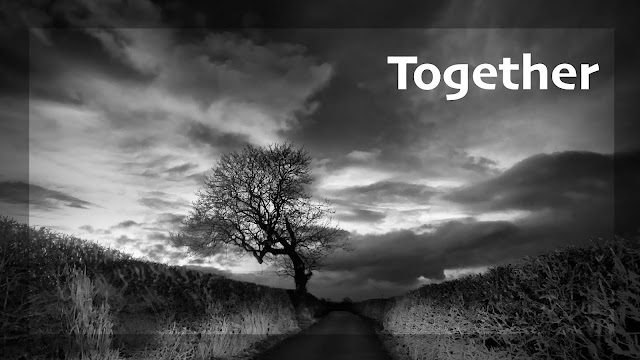 That of course is a challenge for organisations that are built on the premises of supporting and training adopters/adoptees. They've historically needed to highlight the difference/uniqueness of adoption or at least the shared benefits of supporting adoptees in whatever context they find themselves in.

What has influenced this shift in me was an occasion this year when I stood in front of a group of 25 adults to talk about childhood challenging violent and aggressive behaviour, one person in the group was an adopter, two were carers and the rest biological parents. Dare I say that the needs of the adoption community are dwarfed by the needs of biological parents of children with special educational needs, complex biographies, loss, separation and trauma. Next year my diary shows me moving beyond my safe country of adoption to new lands.

It's all food for thought, don't believe that I see the needs of adoptees and adopters as any less, just that my knowledge of the wider context and level of need is perhaps better informed than it was a year ago. I also understand that public opinion remains mostly with adopters and we get a bigger slice of the cake than most. So, is everything ok in the world of adoption support? hell no, am I advocating us just gratefully accepting our lot? hell no. On Christmas day I got news though a birth family member of another injustice heaped on my children*, it reminded me that there's so much to do for so many of us. Looking further forward, I'm not sure where adoption will be in ten or twenty years. As an adopter will I become an ugly manifestation of a then unacceptable practice, I guess that's a much bigger question about the future of adoption and if adoption will choose to embrace the inevitable challenges that are coming. It's clear that a lot of the RAAs are re arranging the proverbial deckchairs while the future of adoption seems uncertain. One of the most depressing things I learn this year being that meaningful contact between children and birth parents is less than 20 years ago. How can we arrest this slide into uniformed popularist practice? I've some ideas but I wield limited influence within my own circumstances let alone beyond that.

So, that's all a bit rambly, rest assured I am optimistic for the future and have personal, family and wider aspirations for the coming year.  Will there be challenges, hell yeah, I'm currently suffering chronic whiplash from the levels of sass coming from a thirteen year old Lotty and the weekend seems like an unachievable target right now. I will hold fast, perhaps next year I'll find some new friends to hold fast with.

Anyway, here's my 'tops' of the year.

Moment: There's lots of things I 'should' say but riding through the night on the the Dunwich Dynamo was hauntingly remarkable.

Have a great year, hold fast.


*I'm holding my tongue and considering my next move, but I'm as cross as hell at what seems social work practice that errs on the side of caution and the easy route rather than on best practice and forethought.