The A & F podcast - Episode 51 an interview with Isabelle Trowler

In this episode Al put on his best shirt and headed up to the Department for Education to speak to Isabelle Trowler England's Chief Social Worker for Children and Families. There had been a few questions sent in so they were synthesised into some talking points including professional development for social workers, the support available for kinship carers and the trial of a permanence service in Peterborough that looks at the children first. We also touched on her role and what that actual involves.


It's been a while since the last podcast and we've a lot of other stuff to catch up with including the AUK conference, Scott's house move, Al's unfortunate incident with a psychologist and there is a slight unravelling when the subject of the recent Giff Gaff advert* was brought up and Al shared a forthright view on the matter. (he openly acknowledged that other opinions are available and he's also comfortable to be dismissed and disagreed with).


As always a cheeky review on iTunes here would be appreciated.

*The advert depicted a fictional 'Adams family' style family where their child looked to be adopted as she didn't like her home life. It then portrayed her new adoptive family as ultra straight in contrast to her original family and then they tried to coerce her into signing adoption papers. She eventually returned to her biological family accepting their difference. 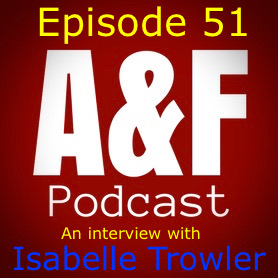