Firstly, I did promise myself that I'd not write a blog on the subject and I'd keep my head down this #NationalAdoption Week. But then as a favour to a friend I did a radio interview for #National Adoption week and again like Canute I could not withstand the tide of goodwill and limited knowledge of the reality of contemporary adoption. So, sorry, I'm rubbish at principles here's a blog.

#NationalAdoptionWeek is a peculiar feature in the calendar in comparison to the other awareness days, weeks or months. It stands out to me in that it is wholly focused on a system and recruiting more people into the process of adoption while systematically alienating at least two thirds that have been through the process regardless of the direction of travel or point of origin. 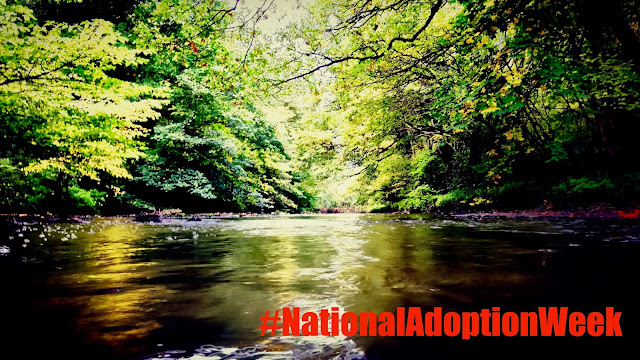 If it was #NationalAdoptionAwarenessWeek or #NationalAdopteeWeek or  #FindChildrenHomesWeek or even, heaven forbid, #NationalAdopterWeek then it would be a very different creature as it would then be about people* rather than a process. What is increasingly a contentious process. In reality, it feels and I'm pretty sure it is #NationalGetMorePeopleToAdoptWeek. So be it.

That seems to be the crux of it for me. With a system in transition and large communities on different sides of the so called adoption triangle** asking big questions then #NationalAdoptionWeek feels at times like a misstep. Parts of it seem to work, celebrating the dedication of many individuals, families and professionals to improvement and the welfare of children seems like a laudable element of the week at the #NationalAdoptionAwards. However, the questions of those bruised buy the 'system' remain fairly well hidden. of course the debate around funds used for the #NAW and the if's and buts of how that money could be used elsewhere in early support ring true but I'm not sure that they reflect the reality of funding or add up.

So, as I tweeted this week I find myself in a pragmatic stew caught between the good, the bad and the very large bit between.

Almost every adopter I ask about #NationalAdoptionWeek pauses, twists their face and says, 'well it's complicated isn't it?' Yes, on this we can agree.

** It's not an Adoption Triangle its something entirely different as described here.
at October 17, 2018