It seems odd where conversations come from and how they end up in unusual places.  I can't quite recall at what point this one started as we were driving home from some outing with Flossy, Lotty and Peanut.

Flossy and Lotty were somewhat perplexed/indignant at the legal technicality's of the adoption process. The kind of perplexed/indignant that adolescents do with such flair and verve it seems a shame that it's wasted on them. Fortunately, there ire wasn't aimed at me.

Peanut was listening but was also admiring the 'precious' stones that she'd acquired in a car park, I'd negotiated her down from two 'precious' half bricks and a couple of lumps of 'precious' railway ballast. We don't need any more 'precious' things hidden in her room. 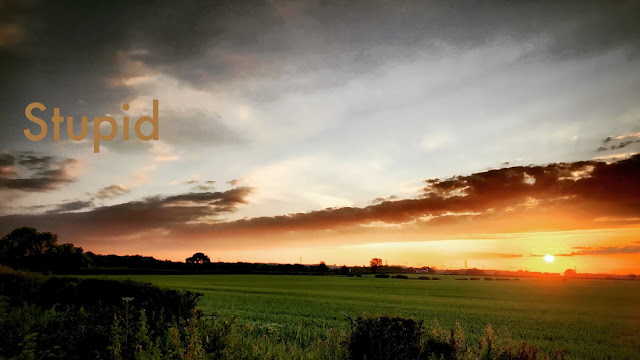 Flossy and Lotty set about me.

So, you're saying that our mam* is not our mam when she clearly is my mam.

Me: Only legally,  of course she is biologically your mam.

But you're saying she's not our mam.

Me: No, I'm saying she is your mam but when the adoption order was made the birth certificate was changed and me and your mam were put on as your parents.

But you're not our mam and dad.

Ok, what about Kasey** is she our sister?

But she is our mother and Kasey is our sister

So, you're saying that she's not our mother?

This goes on for a while and blissfully is ended when we arrive home. After a brief negotiation Peanut agrees that the 'precious' stone can live with the other 'precious' stones on the drive.

Flossy and Lotty slink into the house and with a parting shot aimed with the brilliance of teenage girls they declared:


I agreed.
Increasingly, I'm at a loss as to how to hold all the needs of all the people in tension. Sometimes none of this makes sense.