We're on the cusp of National Adoption Week and, as usual, it is a flashpoint for a whole range of views from gushing joy to seething anger. All justified, all right, all appropriate responses to the complexity, injustice, loss, wonder, beauty,  marvellous and magical thing that adoption is and can be.
Lots of my adopter and social worker friends feel the same, basically it's complicated and #NAW17 brings that into focus.

I want to write it all out but it would be a mind vomit of the worst order, I don't want to be a neigh sayer or a cheerleader but here's some meandering through the middle.

Lately I've been getting a total rush when Peanut puts her hand in mine, it seems like that simple action sums up everything I wanted from parenting. These are the few years where my hand is a safe place, not inhibited by self aware coolness, worries about who will see or a developing self confidence and independence. We hold hands and run pretending that the wind is blowing us to school, she giggles and I laugh. We do it again and again. It's always fun.
It passes, I've seen it come and go five times before with the older kids, so I'm savouring it this time.
A little girl and her daddy being silly and adoption is working. 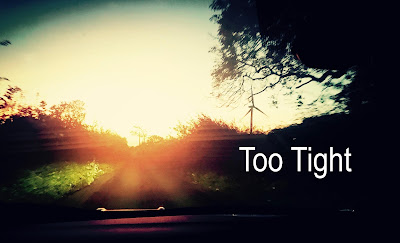 My social work has let me see behind the adoption curtain. I've witnessed enough to understand that it's not about right or wrong, it's often complex interactions between systems, budgets, mental health, circumstance, right and wrong. I don't work in adoption for good reason but sometimes it comes into my peripheral vision. When it does I don't always like what I see, sometimes I do. Sometimes I get angry. Sometimes I feel sick.

I met an adoption social worker recently who described how at the end of some hard days she goes home and holds her son tight and won't let go until he eventually asks 'have you had a hard day mum?'. She laughed as we spoke. It's not really funny her son's twenty five.

So, there's the two positions the unabashed good and the shameful bad. I can't see one without the other and I try to hold them both in balance. I'm conscious that I'm the winner in this adoption game.

Some days I go home and I hug Peanut.

I am holding Peanut tight,  I let go when she says 'too tight'.

We both like this game.
Sometimes I remember that she was and is someone else daughter sometimes I don't.

As I say it's complicated but I can live with that.