Another year and another collection of moments and incidents, some mundane, some surreal and lots and lots in between. Thinking about the last month, the GoodMrsC and I have re calibrated our thinking and we are measuring our lives in smaller increments, minutes, hours and days. Beyond that has seemed impossible and overwhelming.

The end of the year has been a challenge, after years of inviting and requesting support and been told on at least two occasions officially that there was nothing that could offered above what we were doing and were receiving had we found ourselves thrown into a whirlwind of activity. Mainly uninvited, initially unwelcome but from this difficult place we hope that good will come and early signs are promising. 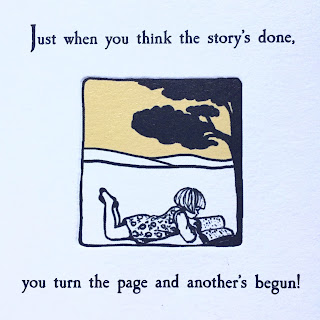 Right now we're all a bit delicate, hurt children hurt and we've all been hurt the last few weeks.

It's all a bit vague and unspecific but it's still tender and ongoing. It's provoked lots of thoughts about contemporary adoption, systems, culture, children's Services and such,  I'm sure that I'll condense them into several blogs over the next few months.

Other than that, what a year, Peanut started school and Flossy moved up to year 7. Like many homes like ours school and all that it brings defines a large part of our home life in the most challenging of ways. We've a way to go, if I look too far ahead then I lose the thought that it's possible. As I said, we'll do a day at a time. I've enough faith and resolve to say that I can do today and probably tomorrow.

There's so much other stuff that's filling up the corners of my life, the survey on Child on Parent Violence raises lots of questions. Hopefully, it will be a start point for a more considered and informed approach to an issue that defines many family lives in the fostering and adoption community and beyond. Lots has been done but there's lots more to do.

Thank you for reading my blog, writing comments, interacting on Twitter, watching my stupid videos and listening to my rambling on my Podcast. I wish you peace, success, regulation, access to services and good fortune in the coming year, or if that's too long to imagine the coming days.

Blog of the Year


Suddenly Mummy -Adoption and Fostering: Not a Competition