The 1982 film Annie holds a unique place in the story of our family.

After a year of several Social Worker's scrutiny, three Panel days, 10 days of introductions and most of it being filmed by the BBC the moment finally arrived that we shut the door on them all and we were alone with Sarah, Gracie and Ginger. The palpable feeling of relief and sense of arrival was profound and as I savoured the moment the kids en mass approached me and asked if they could watch a film. Of course I thought, it would be our first unscrutinised and observed  'family moment'.

"Can we watch Annie" they asked

I was genuinely lost for words, the hours of preparation had not prepared me for this, my mind raced trying to comprehend the potential for irreparable harm.  A tale of loss and orphans just seemed inappropriate for this moment.
I sought wisdom from a higher power and she said it was fine, I was being stupid and anyway they had watched it dozens of times with their foster carers.

They went on to watch it dozens of more times, as did I, and as a result song's and scenes are hardwired into my brain and permanently linked to those fledgling moments as a family. Ginger at 20 months had uncannily 'Anniesque' curly ginger hair and the anecdotes of him singing 'the sun will come out tomorrow' at the top of his voice at every opportunity is a cornerstone of most family gatherings.

So to the new film.

In light of my history with the original I am clearly the wrong person to review this film. Furthermore, I'm a total film snob and don't approve of remakes at the best of times. Consequently, I have cast dispersions on the remake and flippantly dismissed it with limited knowledge.

But I thought I should go and Flossy and Lotty were up for it, so after the usual fighty shouty stuff we set off. 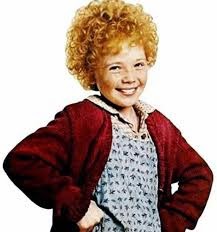 I have to say I loved it, this version felt like a contemporary fairy tale. Of course it's not realistic by any stretch of the imagination but I don't watch Jack and the beanstalk for horticultural advice.

Like all good films we watch it through the lens of our own experience. I saw a man who needed to prioritise his life and grab hold of what is important.

Flossy, when asked, described it as a film about a girl that needed to learn to trust.

Lotty just loved it, there aren't many films with characters and heroines that reflect the person she sees in the mirror.

It is non comparable to the 1982 version, that one is a classic musical with outstanding song and dance routines. However, this version had an air of magic that I was surprised at and perhaps the '82 version did not.

Perhaps I'm growing sentimental, on several occasions I stoically held back tears for fear of needing to be stretchered out due to emotional collapse. It pressed my buttons, but as a man of a certain age I am increasingly sentimental and this film hit the mark for me the adoptive father of six.
But I did enjoy it, the music was not great but I forgave it's shortcomings in light of the strong performances from the leads.

Would I recommend it? Yes.

And hello to Jason Isaaks.