So the gauntlet of 3 birthdays and a wedding anniversary compressed into 5 days is over.

It is easy to forget the days when flossy had to be discretely taken into another room during the singing of happy birthday. Or that a ‘safe person’ would hold her tight while we all enjoyed the cake being presented.

A remembered fear would rage inside her as we sang. A fear not tamed by reason or explanation but searing through her little body as though her life was threatened by the words and tune.

The little girl is a big now, the song can be sung and cake welcomed but the feelings lurk, brooding, mam and dad forget, but the fear and the fight remains.

The fight simmers for days leading up, finding arguments in the little things and the big things and anywhere.

The government offers £19.7 million to help the adopted and most say ‘fantastic, thank you’. But some say ‘really’, spread across the 4,500 children adopted this year and the three thousand last year and for each child for the last decade.

The bean counters rub their hands, £600,000 cost reduction for each child adopted versus one off payment for good publicity.

Of course it will help: but only for the few. Those with loud adoptive parents, with access to skilled professionals, with a geographic advantage with the luck of the draw. 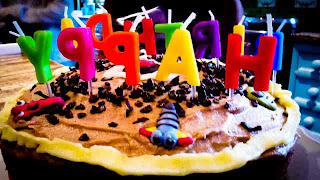