Busy old day continuing the work on Child to Parent Violence, as I talked to a few people I wondered   if there would ever be a moment where I could hang up my backpack and call it a job done. Not likely, we'll never end CPV so what is a realistic goal or moment to say we've achieved success? I've been pondering that one.

How foolish to start running in a race with no end.

As is the way I started to think about home and all the ongoing and ever developing shenanigans with the children.

How foolish to start running in a race with no end.

I know that all parents would say you never stop being a parent but this is something different. We've boiled down the cohort of adoptees to some of the most vulnerable children in our society, that's right and proper but perhaps the consequence is adoption is no longer what it was (if it ever was). 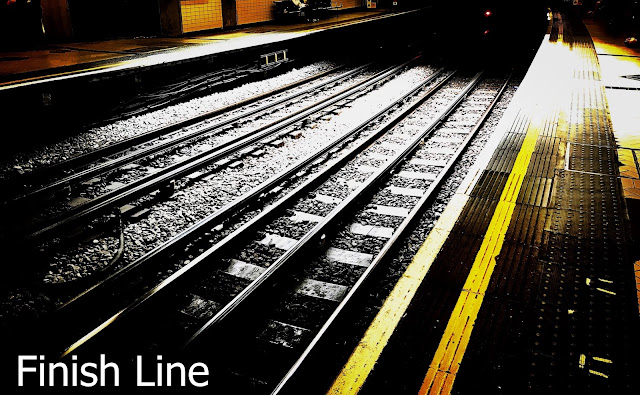 For many of us there appears to be no finish lines, we push hard to get to therapy hoping for solutions only to discover that it's a process and there are no full conclusions just markers on the race. We're always moving. One school year ends and we move into the challenge of the summer holidays and then transition into the next school year or move of school or into college or work. Lots of markers and pit stops but their is rarely a sense of job done.
Our children grow up. The natural order of things being that our children move to independence, some a little earlier and some a little later. However, there's a dawning reality in our home that there's a level of support that will be needed well beyond eighteen years old when society hands them them  the keys to adulthood without asking if that is the right moment to do it. So we the parents keep running, being there, advocating and interceding and hoping for a little sunshine as we run. There's no finish line.

It is what it is, I've reconciled myself to this. It's all a bit melancholy though. Don't worry.


Anyway back to the CPV. Of course there are no finish lines but a few markers and others are running with the baton. Today I spoke to the Fostering Network and they're hoping to raise awareness and develop knowledge in their field, good stuff. I then met with Helen Bonnick and we're lecturing on the issue at the Community Care Live conference for Social Workers. The lights are turning on. I've other irons in the fire and I'll share when I can but it's all good. There's lots of good people doing good stuff.

As for me I've got plans for my next 'race'. I really don't want to be the CPV man.