Several years a go at the dawn of camera phones the big girl got her first 'hand me down phone', giddy with joy she passed her number to all and sundry. So, slightly perplexed she came and asked me to help her to open a message that she'd been sent. You can imagine my surprise when it was a picture text from a 14 year old acquaintance of himself. I say himself it was only part of himself in a state of 'happiness'. You can imagine MrsC's surprise. Clearly, young eyes were protected from this.

After a little thought we felt that a couple of decades in a Gulag breaking rocks would perhaps smooth out a few curves in the young man's character so we rang the police. I confess that they spoke a lot of sense and guided me to having a chat to the young man as to involve them would place him on the sex offenders register for the rest of his life and though tempting was perhaps a bit too much for us. So, chat we did and I suggested that if he ever saw my daughter again, let alone give her any bother, he was to throw himself under a bus or I'd release the Good MrsC upon him and the full weight of the law. Having weighed the potential outcomes he plumped for the former and that was the issue over.

Of course no trouble was ever had with the big girl again, bless her. 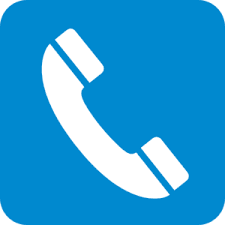 So back to present day and our plans with Lotty's phone have worked a treat for the last year. After the initial flush of giddy joy and frenetic texting and calling of relatives a moderation set in. Having got what she wanted she realised that it was in fact the un coolest phone in the known world and it was resigned to the bottom of her school bag to gather dust. How sad.
The deal had been, learn to have a phone i.e. don't call the police because you didn't get sprinkles on your hot chocolate*. So, though it is uncertain as to how well the lesson has been learnt it gave us another year. Job done, we've had no bother and no texts.


She has a smart phone now, albeit a second hand one from the big girl** and is making steps into the modern world. That had always been the deal, have a 'trainer phone' for a year then a 'real' phone. I like to think of technology as neutral neither inherently good nor bad. That may be true but human nature being as it is and young people being what they are I feel a fair amount of apprehension. However, this is a bridge that we cannot go around so we are tentatively stepping across it, caution and moderation being our watchwords along with the usual and reasonable ground rules and safeguards. So we'll see how we go.

*I really must tell that story sometime.