Hurt: One Year On.

I can't believe that it's been a year to the week since I spilled my thoughts in to a blog post after a tricky few incidents with one of the kids. Hurt was a reaction to a ever escalating pattern of violence that had started years earlier with the lashing out of a toddler. In a big child it can be no longer brushed off or ignored. Things were starting to get broken people were starting to get hurt.

I posted on a Hurt on a Thursday evening and the response was genuinely shocking as though I was the first person to ever stick their head above the parapet and acknowledge a problem that is commonplace for many. I'm not the first and I fear I won't be the last. The offers of support and solidarity were touching and humbling as people spoke of their fears, concerns and guilt.

Since then we've had an 'interesting' year. I refuse to be held hostage and I refuse to give up. I spoke to my local adoption team and asked for supervision or to be allocated a Social Worker. They couldn't meet that requirement so I instigated my own virtual supervision by emailing concerns or specific events of violence to a LA Social Worker. I think she was a bit sick of me so I added the caveat that I expected and required no support but if they could kindly keep the email safe just as a formal record of events. We informed the local police and asked them to make a note in their records just incase they ever got an emergency call so that they were pre armed with some info. We tell all the professionals we can this key part of our narrative. In short we keep ourselves safe, we've built a narrative as a safety net for us all. A couple of those emails instigated an Initial Assessment* from the local child protection team. That was an interesting afternoon our second in less than a year the Social Worker was quite nice really but still a good lesson for my practice. 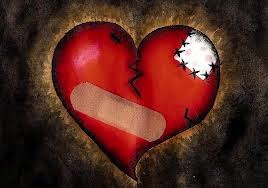 In truth though things have eased, we get the attitude but less physical. In part we are getting more savvy. I invited my local Post Adoption Support Team to carry out a formal assessment of our needs and they obliged and we got some NVR training, I'd already had it through work so MrsC and my mam went on it and it was much appreciated.

We work hard to not let it get to the point of fisty cuffs, very hard, we take a verbal beating rather than a physical one and we step aside, distract and use plain old trickery and bribery to avoid the worst.  Still, we've had some ugly stuff this year and none of us, winners or losers, feel particularly edified by any of it.

I'm sure that for as long as there are children who have experienced and witnessed violence or word and deed there will be parents who experience violence. I refuse to be held hostage, I refuse to give up and I hope we can bring it out of the shadows.

For now we as a family take it a day at a time.

*The initial assessment is a statutory short assessment of each child referred to Children's Services focusing on establishing whether the child is in need or whether there is reasonable cause to suspect that the child is suffering, or is likely to suffer significant harm
at March 10, 2016