I'll never forget the day you were born.

I find it intriguing to ponder on where I was and what I was doing when my children were born, clearly I wasn't there.
I was just going about my life unaware of the strange journey I was on that would intersect with them in the future. Oblivious to the life changing events that were happening with different players miles away. 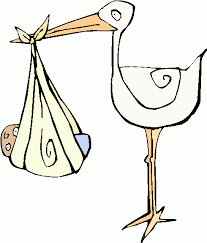 The day Sarah was born I was thoroughly unemployed/unemployable rather disinterested in getting a ‘proper’ job. I was living at home with my parents bumming around trying to earn a few quid while I waited to go off and spend a few years working for a youth charity. I’d not even met that vision of loveliness, Mrs C.
When Gracie popped out I was unemployed, I’d finished my couple of years travelling around the country and was trying to find a viable way of making money doing as little as possible. I was in the throws of an (over) emotional breakup with my girlfriend. Mrs C was a friend but no more and I only had three guitars and a CD collection to my name.

Ginger's arrival into the world coincides with Mrs C and my holiday together celebrating our first year of marriage. So, as he entered into the world we were sat in the Pyrenees Mountains enjoying ourselves considering our future together.

It would be another 20 months before I would meet my children. Good luck, chance and happenstance conspired that we would come together. Their journey was a little more ‘interesting’ than ours and without doubt more challenging. Never the less we met.

Flossy exploded into the world six years later. I was an established dad by now, I had a job and was quite respectable. We hadn’t even thought about being foster carers but by the time her little sister, Lotty, arrived a year later we were almost approved foster carers and we were awaiting our panel day. In fact the day Lotty arrived was our 9th wedding anniversary.

We met these two fireballs three months later and things have never been dull since. But like the big three their journey to us was tricky and the path to the Adoption Order was laid with many dangers, toils and snares, but we got there.

We knew Peanut was coming, but we weren’t meant to, a birth family member had tipped us off. The day she arrived we sat in our garden with a hundred or so friends, family and acquaintances holding our own Fostering and Adoption hoo ha.
We knew, everybody knew, that she was coming our way but caution and bureaucracy conspired and we waited 21 months, long months, before we met.

And that makes six.

I have only cried once in relation to my lack of genetic offspring and I cried like I’ve never cried before or since.
It came out of the blue with no warning. The day after the birth of my friend’s child the new father told me of the trials, tribulations and joy of the birth. I had to leave and I sobbed and sobbed.
At the time I couldn’t understand why I was so upset at that point, 10 years into our adoption journey. I'd never felt such feelings before.

Now, reflecting on it, I think I was upset for Sarah, Gracie, Ginger, Flossy, Lotty, Peanut, Mrs C and Me. That we didn’t share the most important days of all our lives.